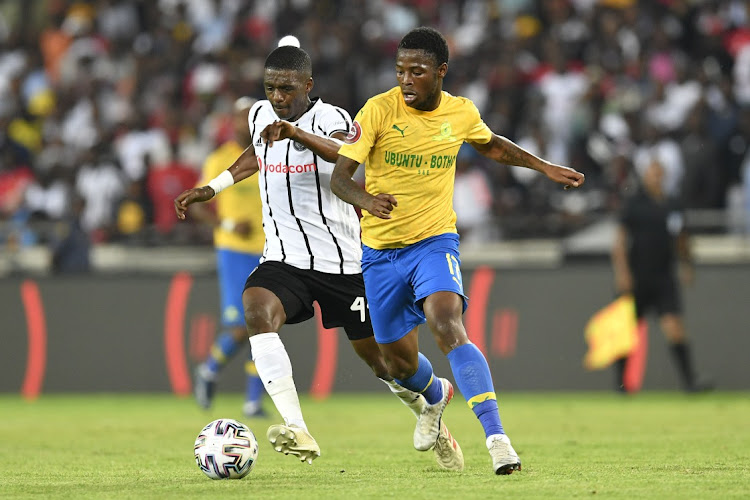 Mamelodi Sundowns have shipped out attacking midfielder Phakamani Mahlambi on loan to AmaZulu.

Mahlambi‚ who joined the Brazilians in August 2018 from Egyptian giants Al Ahly where he had a short stint‚ has failed to nail down a regular starting place at Sundowns.

The 23-year-old failed to make any appearances for Sundowns this season under co-coaches Manqoba Mngqithi‚ Steve Komphela and Rulani Mokwena‚ the coaching trio who took over from Pitso Mosimane.

“A deal was agreed very late on Monday and AmaZulu are expected to announce him [on Tuesday]. Sundowns have signed a lot of good attacking players who have done well so far this season and he has dropped down the pecking order.

“Hopefully this move will help him to resurrect his career because he hasn’t played much football since he returned from Egypt‚” said an insider close to the developments.

Since he broke into the Bidvest Wits senior team about five years ago‚ Mahlambi’s career has been hampered by consistent reports of ill-discipline off the field and an assortment of injuries.

In other transfer news at Chloorkop‚ defender Nyiko Mobbie and Luvuyo Phewa have been sent out on loan to Chippa United to get game time as competition for places at Chloorkop is fierce.

The club said they elected to part ways with the 36-year-old defender after they could not agree on the length of a new contract. United have decided to focus on blooding young players from their development structures.

Daniels‚ who joined the club in the 2014/2015 season‚ has played more than 200 matches for United and has won one Telkom Knockout‚ two Nedbank Cup trophies and two MTN8 titles.

“Clayton has been a great player and a warrior for our club and helped us win all three domestic cups and compete in many cup finals‚ including the Caf Confederation Cup‚” said SuperSport CEO Stanley Matthews.

“We understand his desire to play regularly, but as a club we have to also have an eye on the future‚ like Clayton was given a chance at a young age. We have players like Luke Fleurs and Thatayaon Ditlhokwe who need to have regular game time.”

Daniels said he still wants to play football and is working on finding a new home.

“I feel I have two good years left in me‚ so I don’t want to spend those years watching others play,” he said.

Despite going into the home game with a one-goal advantage from the Cameroon encounter, ‘you can't relax’
Sport
4 months ago

Dangerous play should be punished, says former Spurs midfielder whose career ended prematurely after he fractured his skull
Sport
4 months ago

Arsenal’s Arteta not concerned about job despite fifth defeat