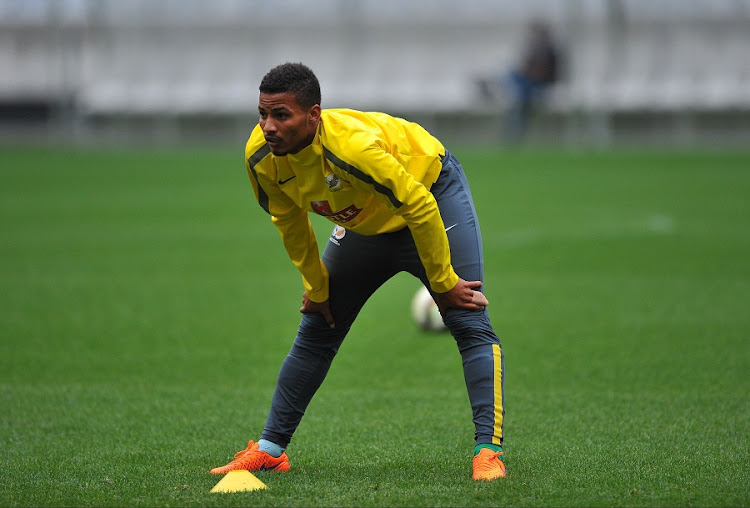 Mamelodi Sundowns utility player Rivaldo Coetzee says he was beginning to adjust to his new role as a central midfielder before Covid-19 put the brakes on the Premiership campaign.

Coetzee‚ who was converted into a central midfielder by coach Pitso Mosimane in 2019‚ made his name as a centre back at Ajax Cape Town where he caught the eye of former Bafana Bafana coach Ephraim “Shakes” Mashaba.

In matches in which he featured as a No 6 alongside captain Hlompho Kekana‚ Andile Jali or Tiyani Mabunda‚ Coetzee impressed, with Mosimane saying he could move to Europe playing in that position.

“He’s got quality and I think as a No 6 he will go to Europe‚ but I am not sure if he can go to Europe as a centre back where he is going to come up against big boys like Romelu Lukaku.

“If he stays as a No 6‚ he will go to Europe‚” said Mosimane in August 2019 after Coetzee gave a near flawless performance in the 2-0 league win over SuperSport United.

Coetzee said about his new role: “Yes‚ I would say the position grew on me. Training in that position every day before the lockdown has helped me to adapt to it. I actually enjoy playing in the midfield and I hope I can continue playing there and maybe have a future in that position.”

The Downs player said that playing in the heart of the midfield‚ where he must direct traffic and help the team to launch attacks, forced him to make a few adjustments to his game like being more alert and confident on the ball.

“It was a bit tricky in the beginning because I wasn’t used to people pressing me from behind. I was used to seeing everything on the pitch which made it easier for me to attack space‚” said the 23-year old.

“But in midfield you have to think quicker and always scan the situation so you know what’s happening around you. You must know what to do with the ball before you even receive it.”

Coetzee said he watches international defensive midfielders such as Rodri and Ilkay Gundogan at Manchester City.

“There are a few players who I like in that position‚ especially from teams that play the same football we do at Mamelodi Sundowns‚ which is to dominate and play to always have the ball,” he said, singling out the two players.

Health and safety compliance protocols were not approved by the sport’s local governing body, Safa
Sport
10 months ago
Next Article

Rivaldo Coetzee on back foot for now

Rivaldo kisses and makes up with Ajax

Rivaldo Coetzee on back foot for now

Rivaldo kisses and makes up with Ajax