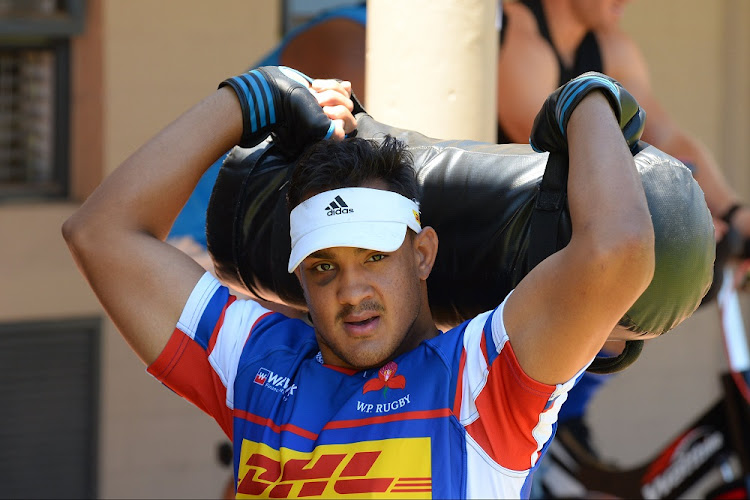 Salmaan Moerat had everyone’s attention‚ but a lumpy throat threatened to sabotage him.

On stage to speak about his possible Springbok debut in the first Test against Wales at sold-out Loftus on Saturday‚ Moerat initially struggled with his voice before talking about what will be an emotional moment.

With uncapped loose forward Elrigh Louw of the Bulls‚ the pair were named on the bench for the opening match of the incoming series‚ which Moerat said was going to be a stirring experience.

A member of the Springbok squad for last season’s UK tour‚ Moerat has been rewarded for performances that helped the Stormers lift the inaugural United Rugby Championship (URC) trophy.

“It is an absolute dream come true. It is an emotional moment for myself and my family‚” said the soft-spoken‚ towering lock.

“This is something I have been working towards for a very long time. The opportunity is here now. I just want to contribute to the team‚ not do anything flashy but just execute well.

“The nice thing about being in this Springbok environment is that before you go to a Test match you know exactly what your role is. You are expected to execute.”

Moerat has been rubbing shoulders at training throughout the week with vastly experienced locks Lood de Jager and Eben Etzebeth. He has learnt a lot from working with them.

“It is obviously a comforting factor to play with senior players like Lood and Eben. They have helped me throughout this week and they will continue helping me as we approach the game.

“For me it is just to continue learning‚ to continue taking advice from them and execute my duties to the best of my ability. It is really a plus to be playing with players like that.”

Moerat has worked with coach Jacques Nienaber since his junior days in 2015. They know each other well.

“Being part of the Bok tour to the UK last year‚ I got to know the structures‚ I got to know how they do things around here and it has been a good journey for me. I had a couple of injuries along the way but I guess that is part of the game.”

“We have been operating together since 2015. He has been a leader with the Junior Boks and at the Stormers‚” said the coach.

“He is a good human being‚ he is a hard worker‚ he is coachable and he brings nice physicality‚ which we like. Those are the things that stand out for me about Salmaan.”