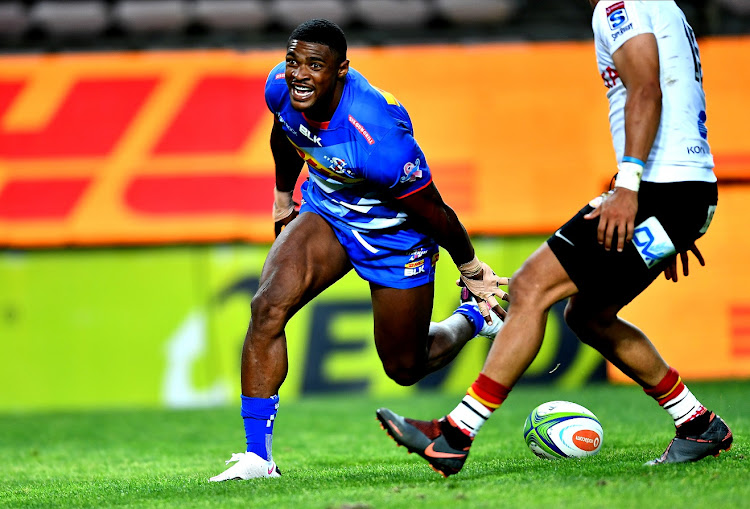 Unleashing Warrick Gelant from the start is part of a battle plan the Stormers hope will yield an eighth home win when they clash with crack Irish outfit Leinster on Saturday.

The match which pits the United Rugby Championship’s (URC) top-placed teams against each other can help cement the Stormers’ place at the top of the SA conference. It could also provide Leinster with breathing space as they prepare for more pressing engagements in the coming weeks.

Gelant is back at fullback for the Stormers with Damian Willemse reverting to inside centre, a position Rikus Pretorius had to vacate because of concussion.

Gelant made an impact off the bench last week against Glasgow Warriors, delivering both a passing and kicking game that bedevilled the Scots. Though he has often been used off the bench, Gelant’s range of influence perhaps now necessitates him spending more time on the playing field. His ability to play into space will be a tool the Stormers hope will have Leinster scrambling on Saturday.

Deon Fourie is back at flank, while JJ Kotze comes in for injured hooker Scarra Ntubeni. Fourie's return means Junior Pokomela, who was an energetic contributor against Glasgow Warriors, drops to the bench.

On loan hooker recruit Wilmar Arnoldi is on the bench, as is Springbok centre Juan de Jongh. He comes a bench that features Paul de Wet as the only other back.

The hosts have been on an impressive run of wins at home which is quite a turnaround from their tentative start at the Cape Town Stadium.

“This should be a great occasion for a number of reasons, with the top two teams on the standings taking each other on,” said coach John Dobson.

“This is a crucial game for both teams with the play-offs getting closer and we are expecting an intense game.

“We know Leinster's pedigree and saw how competitive they were last week, so we are looking forward to measuring ourselves against them.

“We will have to be accurate and clinical in all that we do for the full 80 minutes, which is a challenge that the team is embracing,” he said.

Leinster, who still top the table after their defeat to the Sharks, will be desperate to maintain distance between themselves and the chasing pack. They do, however, have a pressing engagement in the quarterfinal of the Champions Cup against Leicester Tigers that looms large next week.

Several of their frontline players have remained at home in preparation for that fixture and it will be down to the young guns, who almost snatched victory over the Sharks in Durban, to get the job done in the Cape.