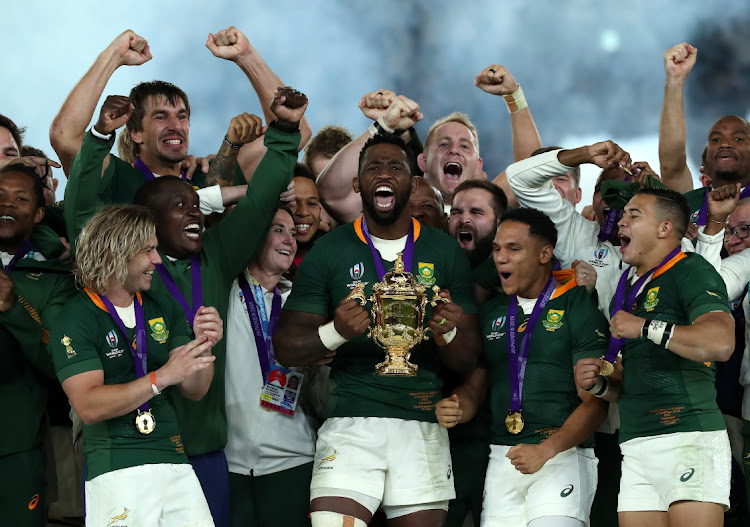 Paris — Three-times winners and perennial favourites New Zealand will face hosts France in the pool stage of the 2023 Rugby World Cup (RWC), but both teams will be confident of advancing after landing Italy as the third seed in the group when the draw was made on Monday.

Holders SA were drawn with Ireland and Scotland, while 2019 runners-up England face the potentially tricky dual challenge of Argentina and Japan. Wales will play Australia for the fourth time in five tournaments, with Fiji also in that pool.

Should the groups go roughly to form, France would face a tough quarterfinal against the Springboks, while England would face Australia or Wales. Ireland, who have never gone beyond the quarterfinals, would look hard-pressed to break that streak as they would face New Zealand.

The form pathway could then produce a repeat of the 2019 semifinals when England beat New Zealand and SA overcame Wales.

Scotland and Argentina would have been in the second tier of seeds on current rankings, but because the seedings were based on positions at the end of 2019 because of the Covid-ravaged calendar, they were placed in the third level and face a stiff challenge to progress.

World champions SA went into the draw having not played a single match since the 2019 final. Their victory in Japan marked the first time a team had won the competition after losing a pool match.

“Although it is still almost three years away, it’s good to have an end-goal to work towards,” SA coach Jacques Nienaber said. “To be in the same pool as Ireland and Scotland will be a massive challenge, but to win the tournament you have to be able to beat all the teams and we will be properly tested in the pool phases.”

New Zealand are the only team never to have lost a pool game. In 2011 they beat France at that stage, then again in the final. They have been paired with Italy for a remarkable seventh time in 10 tournaments — a contributory factor in Italy’s tag as the only team to have played in every World Cup but never reached the knockout stages.

The tournament will take place across nine cities from September 8 to October 21, with the final in Paris. The remaining eight qualifiers are yet to be determined and will not be finalised until November 2022.

French President Emmanuel Macron was present at the draw. “We cannot wait to get ready for this event,” he said. “In 2023, it will be 12 years since we last reached the final. But this time it will be at home, so you [the French team] figure out a way of winning the cup.”

“The Covid-19 crisis is terrible. In 2023, we want to offer what France can offer: the French way of life — friendliness, gastronomy, parties and culture,” Macron said.

If you want to get bums on seats once fans are allowed to go to matches, then afternoon or late afternoon is the time the game should be played
Opinion
7 months ago

WP rugby and Dream World marriage on the rocks