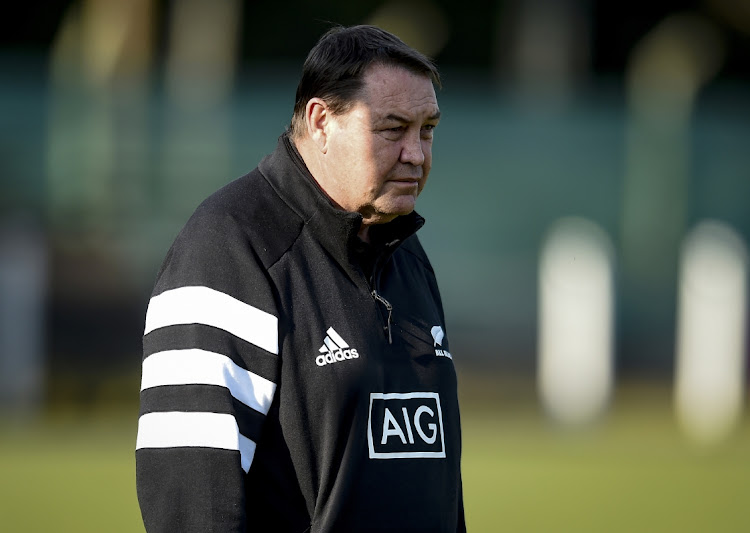 Wellington — Former All Blacks coach Steve Hansen has urged his former employers to be strong in their negotiations over the future of Super Rugby and that New Zealand Rugby (NZR) owed trans-Tasman neighbours Australia no favours.

Tensions between the organisations ratcheted up last week, with Rugby Australia (RA) chair Hamish McLennan saying he felt the relationship had deteriorated to one of a “master-servant”.

Hansen, who spent almost 16 years with the All Blacks, however, said he felt NZR should be doing what was best for their rugby players.

“Without being controversial, we have been looking after the Aussies for years,” Hansen told Stuff Media on Sunday. “And every time we have required something from them, particularly at a high level, sometimes they have gone missing.

“Do we owe them something? No. But because we are the nation we are, and we care about the game more than just ourselves, we bend and buckle a bit. I think NZ Rugby are in the mood for having strong discussions because they only get one shot at it.”

Much of the fallout has centred on the composition of Super Rugby from 2021, with both countries reportedly keen on exploring a trans-Tasman competition rather than reverting to a tournament that involves teams from SA and Argentina.

Hansen said what was most important was not to dilute New Zealand’s player pool with more than five teams and to minimise travel for the welfare of the players.

“You have got to start with what do you want out of it? Rather than: ‘OK, we are going to have this competition’,” Hansen said.

“It has to be really competitive and produce world-class players. If you allow it to become watered down, there is too big a gap between Super Rugby and Test rugby.”

BOOK REVIEW: Living life on the edge of professional rugby

BOOK REVIEW: Living life on the edge of professional rugby