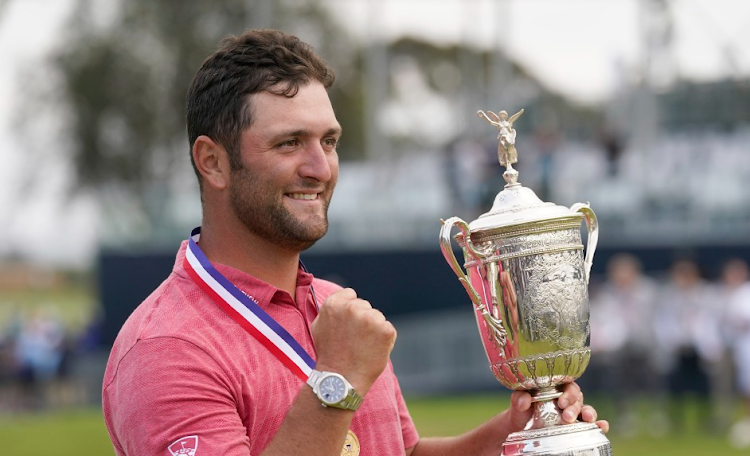 San Diego — Jon Rahm’s US Open build-up suffered a huge setback when a positive Covid-19 test forced him out of the Memorial tournament when leading by six, but the Spaniard said he was able to keep a positive outlook thanks to advice from Major champions Padraig Harrington and Nick Faldo.

Rahm, who triumphed by a shot at Torrey Pines on Sunday to win his first Major, said Harrington and Faldo told him they had learnt so much through the adversity of being disqualified from tournaments they were set to win.

“Padraig told me a story in which he was leading by five after 54 holes, signed the wrong scorecard, and got disqualified,” Rahm said. “He said he learnt a lot more than he would ever learn from the win.

“Nick texted and told me a story of how he was winning a tournament, leading by six with six holes to go and got disqualified as well, and how he learnt from that and got a win the week after.”

Rahm said their stories stayed with him, and while many of the game’s biggest names crumbled at the US Open, the Spaniard stood tall.

“I had in mind Padraig and Nick when I was out there on the course a couple times knowing that they won shortly after [adversity], and I knew today was my day,” said Rahm, who finished on six-under 278 for a one-shot win over South African Louis Oosthuizen.

“I believed from the biggest setbacks we can get some of the biggest breakthroughs, and that’s why I stay so positive.

Rahm sank a 10-foot birdie at the first hole and followed it up with a virtual tap-in birdie at the next to cut a three-shot overnight deficit to one stroke.

“I could just tell going down the fairway after that first tee shot, that second shot, and that birdie, I knew there was something special in the air,” he said. “I could just feel it … I just knew that I could do it and believed it.”

LALI STANDER: Superb Garrick Higgo one of those who made step up as amateur