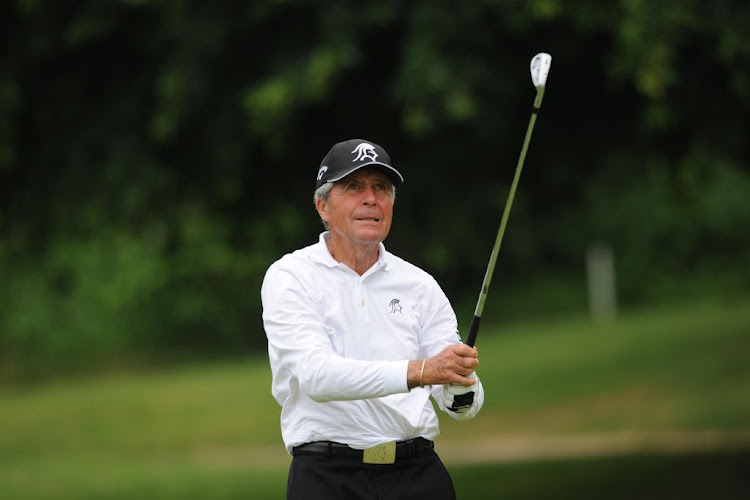 An overjoyed Gary Player said that he had never been as excited as when he watched Garrick Higgo win his first PGA Tour title at the Palmetto Championship in South Carolina on Sunday, and has declared the 22-year-old Sunshine Tour star to be “destined for greatness”.

“I don’t think I’ve ever been more excited about anybody winning a golf tournament. I had tears in my eyes,” Player said after a phone call to Higgo shortly after his one-shot victory at Congaree Golf Club, his first win in his second PGA Tour start. He is the first player to achieve this since 1988.

Higgo is also the youngest winner on the PGA Tour since Sungjae Im at the 2020 Honda Classic (21 years, 11 months). And his victory from six strokes behind at the start of the final round is the largest 54-hole deficit overcome by a winner since Bubba Watson made up six strokes to win the 2018 Travelers Championship.

Higgo joins esteemed company as the second left-handed player to win on the PGA Tour this season, after Phil Mickelson’s triumph in the PGA Championship.

“You are beginning to believe it now. I think you’ve got that into your brain now that you believe you can be great. You are destined for greatness,” Player told Higgo.

It was an apt phone call to receive from the man who designed the golf course where Higgo claimed his first professional victory on the Sunshine Tour when he won the 2019 Sun City Challenge at the Gary Player Country Club.

It has been a meteoric rise since for the former member of the GolfRSA national squad. He followed that up with a second victory in the Sunshine Tour’s Tour Championship in February 2020, and in September that year he won his first title on the European Tour in the Open de Portugal.

Then in three months this year, Higgo has won twice on the European Tour and now on the PGA Tour.

It has opened up a world of opportunities for the South African. Higgo is now immediately eligible for PGA Tour membership until the end of the 2022/2023 season, and the 2021 FedExCup Playoffs.

He has also climbed to 39th on the official world ranking, making him the country’s second-best ranked golfer after Louis Oosthuizen. With Christiaan Bezuidenhout, SA now has three golfers ranked within the top 50 in the world.

Higgo’s fellow SA professionals were quick to congratulate him on his triumph on social media.

“Proud to see another South African on the @PGATOUR. Congrats on your win @garrick_higgo! Here’s to many more,” Louis Oosthuizen added.

‘It’s something I can’t control,’ says US Open champion
Sport
1 month ago

In golf, age seems not to matter, as winners have come in all shapes, size and vintage
Sport
1 month ago
Next Article