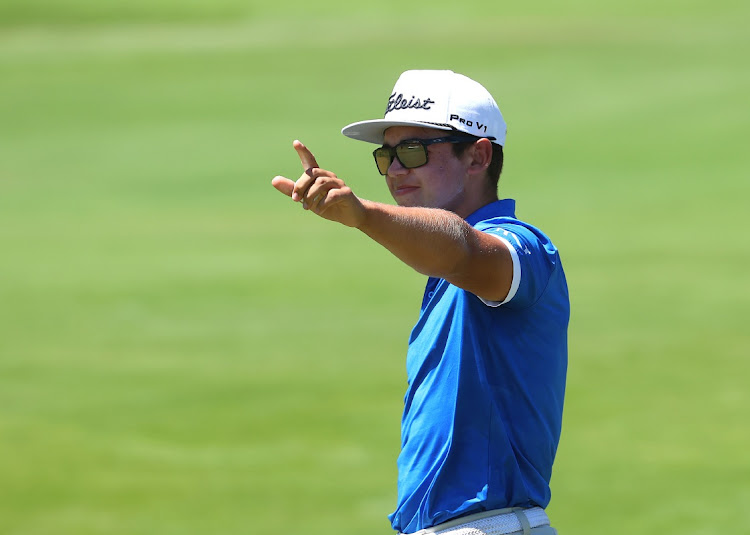 Bengaluru — SA youngster Garrick Higgo fired an outrageous hole-in-one in the final round of the Canary Islands Championship on Sunday as he carded a seven-under 64 to seal his second European Tour victory in three weeks.

Higgo began the day at Golf Costa Adeje in Tenerife two strokes clear and pulled away from the chasing pack with his first professional ace at the par-three seventh hole.

The 21-year-old also produced seven birdies and two bogeys to move to 27-under overall and secure a six-shot victory over Australian Maverick Antcliff.

“It’s unreal, I played so well today,” said Higgo, who also triumphed at the Gran Canaria Lopesan Open a fortnight ago. “I hit the ball very nicely so it was a lot less stressful than the last time because I was hitting it a lot better.

“I can’t believe it happened so quickly again but my game has been good so I can believe it as well.

“I’ve been working really hard, a lot of little things, and I’ve also accepted what works for me and stuck with that, I think that’s been a big thing, and not if I don’t play as well look for something. I’m just going to try and keep going.”

Antcliff fired five birdies and an eagle to surge up the leader board but never looked like catching Higgo, whose third European Tour win in just 26 events makes him the fastest South African to three victories, excluding Majors and World Golf Championships.

Finland’s Tapio Pulkkanen clinched third spot with a closing 66 that lifted him to 20-under, one shot ahead of home favourite Adri Arnaus, SA’s Dean Burmester, Nicolai Hojgaard of Denmark, England’s Andrew Johnston and Irishman Niall Kearney.