Novak Djokovic struggles against Khachanov at the French Open 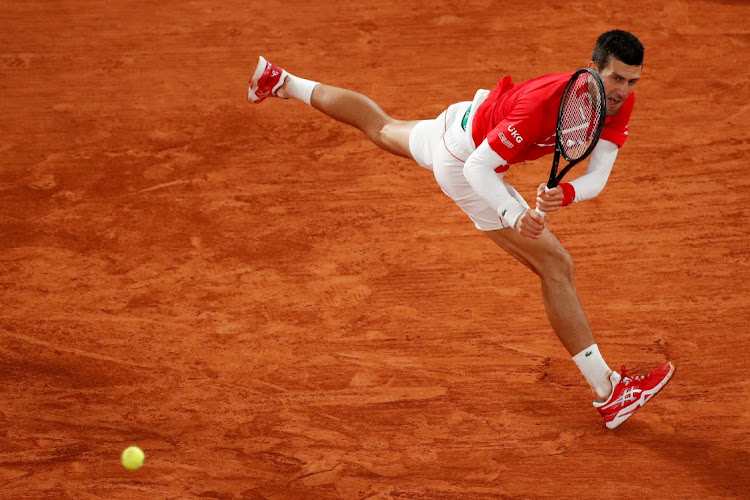 Novak Djokovic in action during his fourth round match against Russia's Karen Khachanov. Picture: REUTERS/GONZALO FUENTES

Paris — Top seed Novak Djokovic passed his first real test at the French Open with flying colours as he battled past Russia’s Karen Khachanov 6-4 6-3 6-3 on Monday to reach the quarterfinals for the 14th time.

The 33-year-old claimed a fourth successive straight-sets victory in his latest quest for a second French Open title, but it was nowhere near as straightforward as the score suggests.

Djokovic faced stiff resistance before taking the first set and had an anxious moment when his attempted return off one Khachanov serve ricocheted off his frame and struck a line judge in the head, reviving memories of his US Open debacle.

Khachanov saved four set points at 2-5 in the second set before Djokovic moved two sets clear. Djokovic appeared to be in cruise control when he led 2-0 in the third but Khachanov took the next three games and had two break points for a 4-2 lead.

The Serb held, though, and regained control to ease into his 47th Grand Slam quarterfinal where he will face either German qualifier Daniel Altmaier or 17th seed Pablo Carreno Busta, the man Djokovic was facing in the US Open fourth round when he was defaulted for hitting a line judge with a ball.

In his first Grand Slam appearance since his US Open disqualification, the Serb moves through to the next round after polishing off Sweden’s Mikael ...
Sport
11 months ago