SA racer, the 2016 Moto3 world champion, to compete in MotoGP at the Spanish Grand Prix 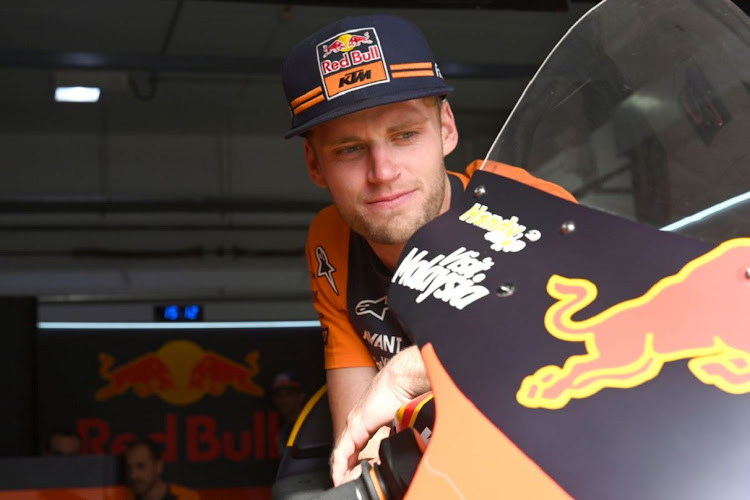 Just more than four years ago, Brad Binder lined up at the back of the grid at Jerez to start the Moto3 Grand Prix. Demoted from the front row due to a technical infringement on his Red Bull Ajo KTM, Binder joked that he was so far back he could barely see the start lights.

He certainly saw the finish flag as he charged through the field to record his first GP victory on his way to becoming the 2016 Moto3 world champion.

On Sunday, he will mark another first as he lines up to make his debut in the elite MotoGP class at the Spanish Grand Prix at the Circuito de Jerez.

It is a debut that has been delayed by the Covid-19 pandemic with the first 11 grands prix of the 2020 season having been postponed or cancelled. He has spent some of that time in SA with his family, including brother Darryn, who will line up in the Moto3 class this weekend.

“I expect to learn a lot this weekend and to get my first grand prix race under my belt is the main goal. That’s what’s needed right now. From then on, we can really see where we are and build from there. I have made good steps forward and I am a lot more ready for the first grand prix,” Binder said.

“These couple of extra tests we have had along the way have worked out well coming here. All-in-all it would have been nice to have had half a season already but that’s not the case.”

Binder has been coming to terms with the Red Bull Factory KTM bike in the heat of Jerez, where track temperatures have hit in excess of 50°C during the testing earlier this week.

The South African’s times in the morning session were off the pace, but he came right in the afternoon shift, coming in 13th fastest, 1.2 sec behind Spaniard Maverick Vinales. He was also quicker than his childhood hero, Valentino Rossi and Alex Marquez, brother of Marc and the man who pipped him to the Moto2 world championship title by just three points in 2019.

“It was toasty hot,” said Binder. “[The morning session] was normal and I felt good and in the afternoon I did a 15-lap run, and it was really physical and hard on the body. I had some issues and messed up quite a lot of laps which didn’t help.

“In general it’s tough and coming from Moto2 it’s a huge step and to have this heat on top of things is something I need to get used to. It is a lot more physical on my arms for sure and in general it’s a physical racetrack.

“The main issue was that I was struggling to stop the bike. We had some ‘stopability’ problems before the long run and when we put in the medium rear that we’d use in the race it just made it more difficult to stop the bike. Especially because of that I spent a lot of time at the side of the track.

“Other than that it was good. It was nice to do a good few laps in a row just to get comfortable and to get an idea of what Sunday is going to be like.”

Delayed MotoGP season gets under way this weekend

MotoGP season back on track in July