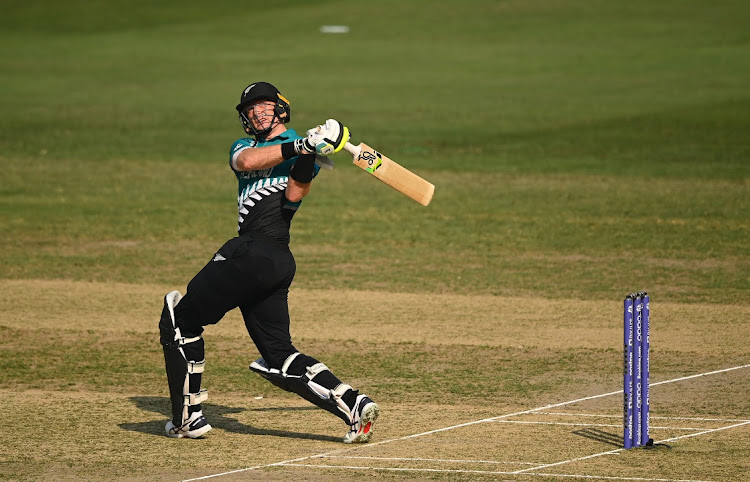 Dubai — New Zealand opener Martin Guptill’s 56-ball 93 helped them claim a 16-run victory over a spirited Scotland in the T20 World Cup in Dubai on Wednesday and improve their chances of reaching the semifinals.

Asked to bat first, the Black Caps found themselves in a tricky position at 52/3 after the powerplay, with skipper Kane Williamson and Devon Conway falling cheaply, but Guptill and Glenn Phillips helped them reach 172/5 in 20 overs.

In response, Scotland managed 156/5 in 20 overs to hand their opponents — who thumped pre-tournament favourites India in the last game — their second victory of the tournament before Super 12 stage matches against Namibia and Afghanistan.

Earlier, Guptill took the attack to the Scottish bowlers en route to his 18th fifty in T20 internationals, plundering runs largely in the square-leg and midwicket regions with six boundaries and seven hits over the fence.

Clearly struggling in the Dubai heat, he looked poised to bring up his third T20 century while dealing only in big shots after two sixes in Safyaan Sharif’s 16th over and another off Alasdair Evans to race into the 90s.

Phillips played his role perfectly on a slow track as he rotated strike regularly during his 33 off 37 balls, before being caught at midwicket by Chris Greaves off paceman Brad Wheal in the 19th over.

That ended the New Zealand pair’s superb 105-run stand for the fourth wicket, before Guptill joined Phillips back in the dugout in the very next ball as he tried to raise the scoring rate further.