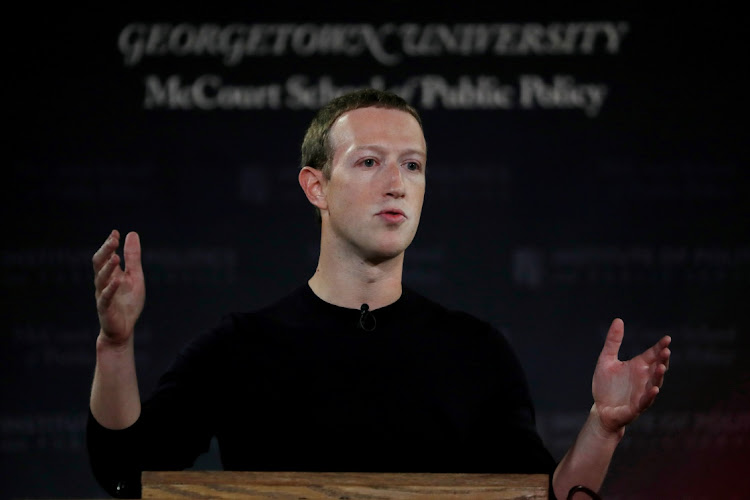 It seems to be a rite of passage that as technology billionaires get older, they spend more time chasing dreams they might have fantasised about as kids. There’s Elon Musk and Jeff Bezos with their rockets, and now Mark Zuckerberg, aged 37, with his plans to build an alternate digital reality known as the metaverse.

Last week, Zuckerberg announced that Facebook was changing its name to Meta Platforms, to reflect its focus on a new virtual- and augmented-reality platform “for connecting people”.

It looked at first like the CEO was distancing himself from the company’s problems, but that is only part of the story. He also seems to be following in Musk’s footsteps, attempting, in his own way, to become a tech futurist with grandiose plans to change humanity. That may ultimately make Zuckerberg the clearest winner from Facebook’s pivot.

I am sceptical about the metaverse, and not just because of Facebook’s negligence of user safety. History is littered with tech companies that, despite their roots in innovation, could not pivot to new platforms.

Take Nokia. In 2007 it had the lion’s share of global revenue from mobile phones. Then it tried building a new platform for apps and failed to compete with Apple’s  iPhones and Google’s Android operating system. Within six years it went from a market valuation of $150bn to being bought by Microsoft in 2013 for $7.2bn.

Arm is another example. Its mobile chip designs indirectly power nearly all of the world’s smartphones, giving it a lucrative passive income in licence fees. Several years ago Arm steered into the more futuristic world of the Internet of Things (IoT), building software to connect cars, doorbells, washing machines and more. Believing that goal would pay off, SoftBank bought Arm for $32bn  in 2016. But the IoT business stagnated, and in 2020 Arm said it would spin the unit off and refocus on chip licensing.

Even Google’s restructuring as Alphabet has faltered in new territory, with some of the conglomerate’s “bets” mostly draining money, even in promising areas like pharmaceuticals. A project with Novartis to track diabetes through contact lenses was shut down in 2018, while a similar partnership with Sanofi fizzled in 2019. Six years on from seeking new directions, Alphabet still makes more than 80% of its revenue from advertising.

Meta Platforms will also struggle to make money from anything other than selling ads on Facebook and Instagram. So successful and entrenched is that core business that Facebook has yet to make money from another platform it has already owned for seven years: WhatsApp. The chat app, which Zuckerberg bought for $19bn  in 2014, has about 2-billion monthly users but generates nominal revenues, even after years-long efforts to lay the groundwork for ads and business messaging.

Facebook is meanwhile playing catch-up on virtual reality (VR) with Roblox and Valve’s SteamVR, while VR products coming from Apple, Google and Microsoft will be tough competitors.

The company has struggled to turn innovative ideas into products in the past. Among the misfires: the much-hyped mobile platform Home, which closed in 2013, and Snapchat competitors Poke and Slingshot (2014 and 2015). Facebook also could not build a voice assistant for its video-calling device Portal (awkwardly using Amazon’s Alexa instead), because its engineers grappled with confusing priorities, some of them told me in 2018.

So where does that leave the metaverse? With billions of dollars, Zuckerberg will build something, but its financial success is dubious. The clearer winner is Zuckerberg himself. He can walk away from being the suit-and-tie-wearing executive answering questions about harmful content on Facebook in the US Congress, and onto the public stage unveiling all the new ways that Meta is making science fiction real.

In that sense, Zuckerberg has taken a step towards becoming more like Tesla’s Musk, making a visionary bet just as Musk did with his predictions about the shift to electric cars. Despite noted tensions between the two founders, the former has quietly tried to emulate the latter.

A person who worked directly with Zuckerberg tells me that several years ago the Facebook co-founder started posting more frequently to his own profile because he wanted to build a larger fan base like Musk’s. He increased his following by hiring professional photographers to document his work and home life, among other strategies.

But neither history nor his followers will remember Zuckerberg as the grandfather of virtual reality if he continues to neglect the toxic cleanup needed on Facebook. The financial and regulatory pressure coming towards Meta is real. Over time, that dream of being an icon will start to unravel.

• Parmy Olson is a Bloomberg Opinion columnist covering technology. She previously reported for the Wall Street Journal and Forbes and is the author of ‘We Are Anonymous’.'