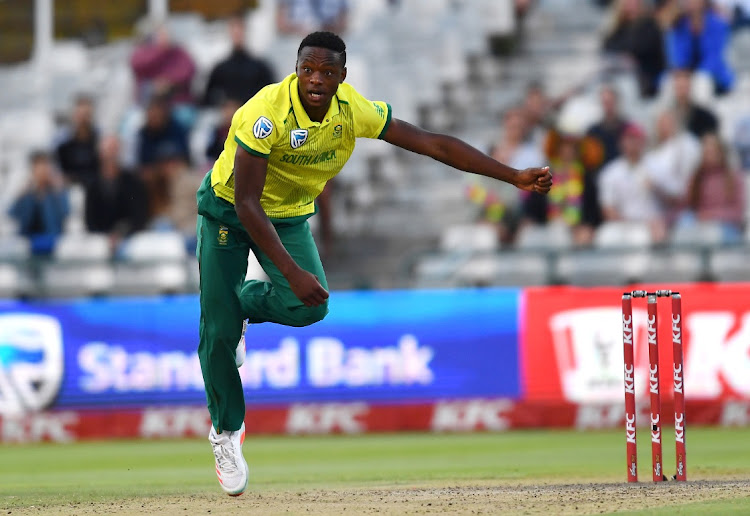 Anything but a victory against the West Indies in their second ICC T20 World Cup fixture in Dubai on Tuesday will leave SA teetering on the edge of the abyss that is early elimination.

Having lost their opening encounter against Australia on Saturday, the Proteas cannot afford another defeat in a group format that is unforgiving.

With only the top two of the six in each group progressing to the cross-pool semifinals, teams can ill afford too many defeats and the Proteas will need to get their act together quite smartly.

Against the Aussies it was their batting that let them down with the majority of their top order resembling rabbits caught in the headlights.

Aiden Markram was the only batter to really look comfortable against Australia and he will need more support from Quinton de Kock and captain Temba Bavuma.

The skipper needs to be the one to anchor the innings and if he can play a supporting role to the remainder of the top order, the Proteas may well taste success.

There is not much to choose between the two teams in recent matches with SA having secured a smash-and-grab, tight 3-2 series victory in the West Indies in June and July.

Speaking to the media on Monday, fast bowler Kagiso Rabada said it was a rare occurrence that teams can execute the perfect game.

“It wasn’t the ideal start with the bat, rarely do you ever have a perfect cricket game, but you want both departments to balance each other out. We bowled really well and Australia’s bowling outshone their batting, too. So, it was probably a day for bowling, but that is no excuse, we must perform well in both departments.

“We have analysed what we need to do and the guys are on it at the training ground. Whenever you defend a low total, especially on a platform like the World Cup, you always have to give it your all, we came out with a lot of intensity and we will look to do more of the same,” he said.

“Coming into this press conference, I knew you guys would ask me about the batting. We also see it as a concern and the last thing we must do is to keep bickering about it. That is just how cricket goes, the batters know what they have to do, we know what we have to do as a team, no-one is blaming anyone.

“It is an area of concern and it is being addressed, he [Quinton] is a massive player for us. He has done extremely well for SA since he started playing, he just needs to go out and do his thing,” he said.

Rabada warned against underestimating any team at this tournament, saying the West Indies could pose a dangerous challenge for the Proteas.

Rabada shrugs off past to focus on Proteas’ World Cup challenges

Rabada shrugs off past to focus on Proteas’ World Cup challenges