The young duo, both with experience from the Under-19 World Cup, step in for Kagiso Rabada and Sisanda Magala in 3Team Cricket 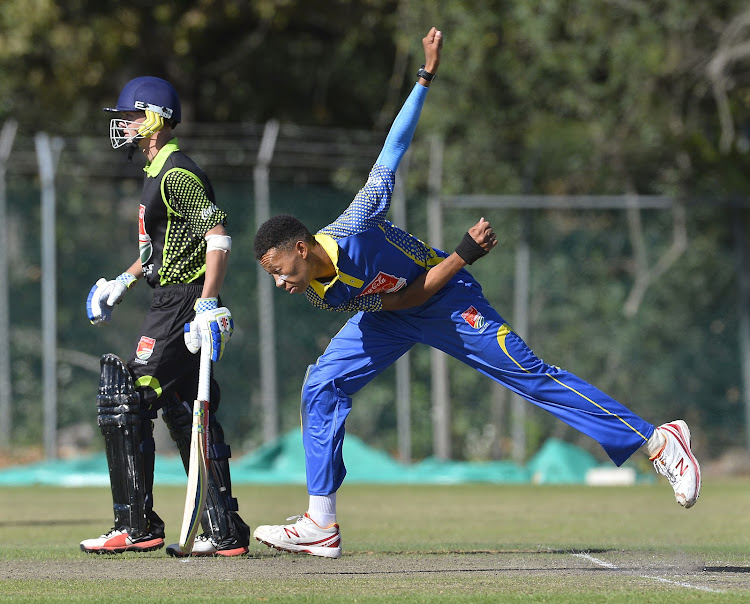 Thando Ntini and Gerald Coetzee will have an excellent opportunity to again show their burgeoning wares and also showcase SA’s young fast-bowling depth at Saturday’s 3Team Cricket tournament at SuperSport Park in Centurion.

The young duo step in for Kagiso Rabada and Sisanda Magala‚ who will miss the tournament on compassionate leave, while proven limited-overs spinner Bjorn Fortuin replaces Chris Morris.

While SA’s pace bowling stocks contain young and talented individuals such as Lungi Ngidi and Lutho Sipamla‚ fast bowling is hard and attritional work that often comes with injuries‚ even if bowlers are well managed.

Coetzee‚ who is yet to turn 20‚ has already played in two Under-19 Cricket World Cups, while he skipped three-day cricket and moved straight to four-day franchise cricket. That is how highly Coetzee has been rated and, if he can remain injury-free‚ he will be an asset for SA cricket.

The same is very much applicable to Ntini‚ son of legendary Proteas fast bowler Makhaya. He has already shown he belongs at franchise level with excellent performances for the Cape Cobras in the Momentum 1-Day Cup last season. He has moved to the Titans, where he will be expected to pick up from where he left off.

Like Coetzee‚ he is also an Under-19 World Cup representative‚ but went through the first-class path before he exploded in the Momentum 1-Day Cup with 14 wickets at 28.28. Given the opportunity to prove himself by coach Ashwell Prince‚ he made the most of it.

These two youngsters will be the ones to watch when cricket eventually resumes full-time. But with that quite far from the horizon‚ Saturday’s tournament will have to do.

Professional cricket is essentially a mind game with layers of tactics

A deep understanding of one’s opponent, oneself and the game’s strategy will allow the player’s instincts the space to roam free in cricket
Sport
8 months ago

Insider says that contrary to the board’s claim, a committee chair unilaterally wrote the document
Sport
8 months ago