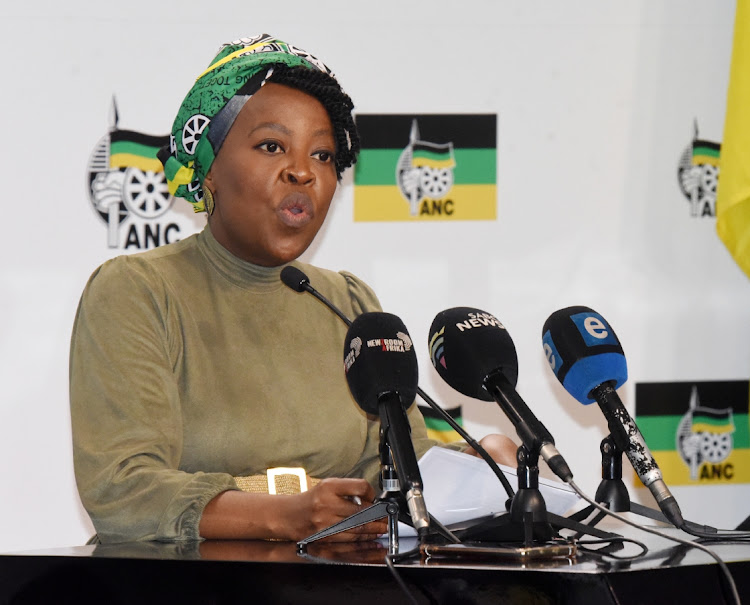 President Cyril Ramaphosa’s special adviser on international relations Maropene Ramokgopa has denied she was appointed to run the ANC Women’s League (ANCWL) to do her boss’s bidding, saying even past presidents entrusted her with responsibility.

Ramokgopa’s appointment has been described as Ramaphosa’s consolidation of power at Luthuli House in the run up to the ANC national conference in December.

Speaking after a media briefing on Tuesday by the newly elected task team, led by former National Assembly speaker Baleka Mbete, Ramokgopa said her credentials speak for themselves.

The task team was appointed last month to run the organisation after the disbandment in April of its leadership structure that was headed by Bathabile Dlamini who has been convicted of perjury during a 2017 inquiry into the social grants debacle at the SA Social Security Agency.

“I have been with the league for a very long time, I’ve run the secretary-general’s office of the ANCWL so it’s not a new thing for me,” Ramokgopa said. “It’s not like I fell from the sky. My track record speaks for itself. I have my own credentials in the ANC, and the women’s league in particular.”

Ramokgopa’s political career goes back to the early 2000s. In 2006, at age 26, she was appointed executive mayor of a Northern Cape district municipality by former president Thabo Mbeki. She was one of the youngest mayors at the time.

In 2016 former president Jacob Zuma appointed her to represent SA as the head of mission at the consulate-general in Mumbai, India. The Mumbai office is one of SA’s biggest missions.

“This is not the first time I have taken up such a position,” Ramokgopa said. “So I don’t know if maybe I was an ally of Mbeki, or Zuma. I don’t know. It looks like presidents of the ANC somehow believe in me. Maybe I don’t talk too much. Besides being an ANCYL member, I was a provincial executive committee (PEC) member in 2008 while in my 20s.

“I was a founding member of the young women’s desk. I wrote the concept document and that is why I was its first convener. Currently I am a PEC member of the ANC in Limpopo,  where I was born.”

Ramokgopa was also manager and national working committee (NWC) coordinator of the ANCWL nationally in 2008 when basic education minister Angie Motshekga was its president.

Regarding claims about endorsing Ramaphosa for a second term, Ramokgopa said: “I am not here to fight anyone’s battles, but to rebuild the organisation.”

She is among 44 members of the task team mandated to ensure the league’s structures are in good standing, and conferences are held in branches, regions and provinces to ensure its national conference is convened within a year.

Maropene Ramokgopa, an adviser to President Cyril Ramaphosa, appointed to co-ordinate rebuilding of the nonfunctioning structures of the ANCWL
Politics
4 weeks ago

Lesufi and Maile to battle it out for ANC Gauteng chair