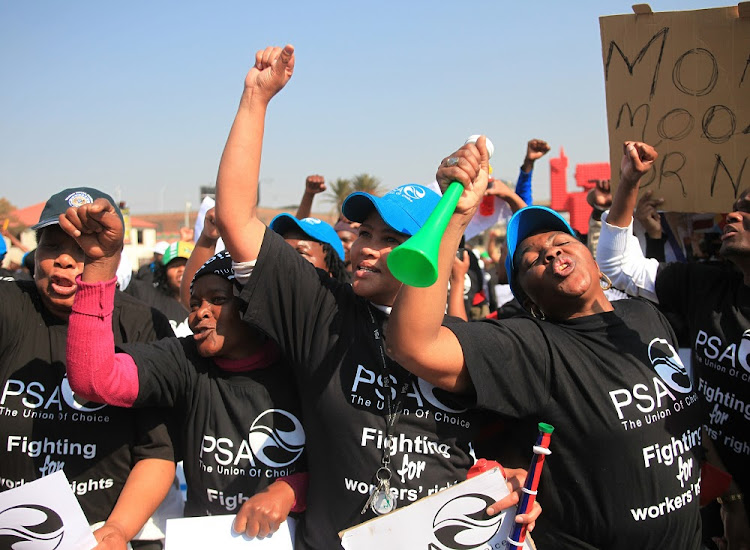 Despite what came before it, a budget premised on deep cuts to the public-sector wage bill and warnings of an impending fiscal crisis, few will have been surprised when Business Day revealed the unions’ demands on Tuesday.

Based on the starting points in previous rounds of negotiations, one might even think that asking for inflation plus 4%, as outrageous as that notion is for private sector workers who have got used to wage cuts and retrenchments, was refreshingly restrained.

The question is whether pragmatism will prevail or whether, on top of everything else, SA should brace itself for a strike that will only cause more damage to all involved. There are many scenarios for union leaders to consider.

Regardless of President Cyril Ramaphosa’s comments to the SA National Editors’ Forum last week, indicating that the outcome of the wage negotiations was unknown, the budget unveiled by finance minister Tito Mboweni indicates otherwise.

And so did the Treasury’s stance when it took the unions on in the labour appeal court and won over its decision not to implement the last of a three-year round of increases agreed in 2018. There is no room to manoeuvre, unless the government accepts that its plans to get the country’s debt under control are not worth the paper they are written on.

From the union leaders’ perspective there will be interesting trade-offs, even if they see the practical and moral arguments for restraint. With public-sector wages having far outrun GDP growth over the past 13 years and now expected to account for almost half of government revenue in the current fiscal year, it is hard to make an argument for civil servants getting an even bigger slice of the national wealth.

But then history has shown that when leaders think of the bigger picture, there are always others, more militant, ready to step into the void. This goes with the argument that unionists are there to represent their members in the most narrow sense. They are there to get their members the best deal possible, and if they do not, they should be booted out. In this case, it might yet be that the best deal is compromise.

Public-sector workers might have been sheltered from wage cuts and retrenchments, but they may have felt the loss of income in others ways, such as having to support family members who have lost their jobs. In such a scenario, is it irresponsible for unions to embark on a strike that, assuming a “no work, no pay” stance from employers, leaves them without an income potentially for months?

It is ironic that one of the criticisms of Mboweni’s budget is to call it an austerity one and bemoan the failure to spend on hiring new police officers and health workers, especially in the midst of a pandemic. On the other hand, spending more of the country’s income on existing civil servants means that such hiring is even less likely to happen. The country will increase spending and damage its fiscal credibility, but get no benefit in terms of service delivery.

The government’s position would also be helped if it were more consistent. On one hand, as it did in its papers during the court fight with the unions, it makes passionate and moral arguments about the need to rein in spending on public servants, accusing unions of lacking social solidarity.

In the same breath, ministers have justified throwing money at zombie state-owned enterprises (SOEs), most notably SAA, which has pleaded for another R3.5bn towards its business rescue process. On top of this crisis, the country has also been told it should be prepared to consider the creation of another SOE, in the form of a state bank, with all the costs that would entail.

If union leaders were not themselves in favour of such acts of folly, one could argue that they strengthen their argument. But they are also prone to be blind to the trade-offs the country faces, and that is likely to stand in the way of a pragmatic solution to the impending wage battle.

HILARY JOFFE: A bold budget that now has political rapids to negotiate

HILARY JOFFE: A bold budget that now has political rapids to negotiate