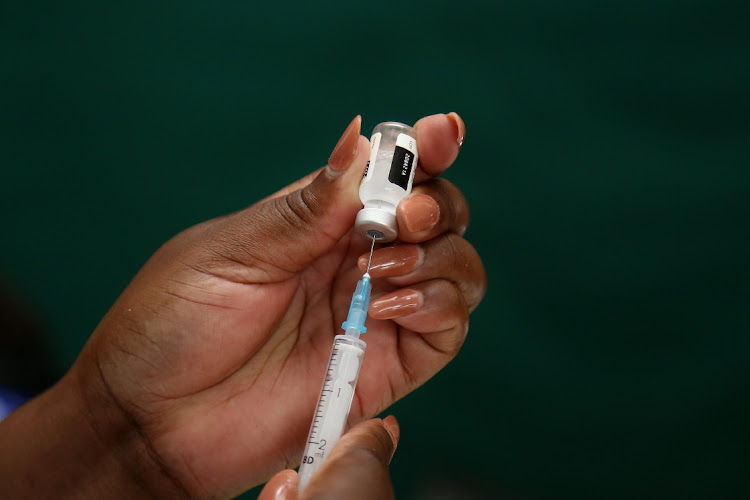 A nurse prepare to give a dose of Johnson & Johnson vaccine. Picture: MARK ANDREWS/DAILY DISPATCH

Humanity has endured several notable pandemics, including the Spanish flu, which swept the globe in 1918, infecting about 500-million people and killing 50-million. The rapidly growing global interconnectedness, urbanisation and over-dependence on natural ecosystems, among other things, have facilitated the spread of pathogens among countries and increased the likelihood of future pandemics.

The legacy of these previous pandemics has led to the emergence of vital public health institutions and the reorientation of policy attention to focus on the establishment of global surveillance networks, increasing international co-operation and preparedness and, most notably, advancing vaccine technologies to counter future pandemics.

Africa is no stranger to epidemics. The trypanosomiasis epidemic that originated in the Busoga region of Uganda in the early 20th century killed more than 250,000 people. More recently, the HIV/Aids pandemic and Ebola virus disease (EVD) are two epidemics that emerged in Africa and have had devastating socio-economic effects and fatalities.

The delayed containment of EVD due to weak surveillance capacity prompted the World Health Organisation (WHO) to warn that Africa could be the next Covid-19 epicentre (Afolabi et al, 2020). Even though the continent’s Covid-19 mortality rate is, ironically, lower than that of more economically advanced regions, it significantly lags behind in the doses of vaccines administered, which has proved so critical in controlling the disease. Of the 526.8-million vaccines administered worldwide only about 4.5% were in Africa, according to the Africa Centres for Disease Control & Prevention.

Would this inequity in vaccine distribution be avoided if a vaccine was developed in Africa? One would expect the sociological and physiological imprints left by the continent’s past epidemics to cumulatively build a strong political will and unleash an extraordinary outpouring of research & development (R&D) supported by public and private investments towards vaccine development. Will this latest pandemic finally spur the continent’s vaccine revolution and boost its resilience and preparedness for future pandemics?

Africa has the world’s highest incidence of mortality caused by infectious diseases. Nevertheless, it produces only 1% of the vaccines it administers (Nature, 2020) and just 2% of the global scientific knowledge (Kasprowicz et al, 2020). Additionally, it allocates only 0.5% of its GDP to R&D, compared with the global average of 2.2%. For Africa to reduce its double burden of infectious and chronic diseases, improve life expectancy, build its scientific capacity and guarantee its health and economic security it should look beyond vaccine manufacturing through transfer of vaccine technologies. Instead, it should focus on building its capacity to develop and patent its own vaccine and production technologies.

Simply sharing technologies and production processes is dangerously inadequate in building the continent’s own research base. To successfully do that would at least three core ingredients: strong political will; expansion of scientific capacity through increased investment in R&D; and the establishment of regulatory bodies that meet the WHO’s regulatory standards.

The political will to create more vaccine research and innovation projects and boost local manufacturing capacities is rising, particularly in Africa, in the wake of the Covid-19 pandemic. The presumed “vaccine nationalism” and “vaccine apartheid”, which have undoubtedly impeded the vaccination of a critical mass of the world’s population, implies that when crises hit countries prioritise the needs of their own first.

Africa is taking note. In an effort to ameliorate its resilience and pandemic preparedness and achieve public health security the continent’s leaders have embarked on several policy agendas, including the Partnership for African Vaccine Manufacturing and the recent global conference of the AU, which aims to expand Africa’s vaccine manufacturing for health security and fast-track vaccine development respectively. Though these are steps in the right direction, Africa’s leaders’ lack of political will to fight corruption, which is strongly correlated to poor levels of scientific innovation (Global Risk Profile), has been one of the major hurdles to its vaccine revolution. Gross mismanagement, fraud and systematic embezzlement have been the strategic essence of governance in most of Africa’s political regimes. This has not only exacerbated the region’s burden of poverty and health inequities but, more importantly, it has considerably reduced the incentives for investment in R&D.

The consensus among anti-corruption campaigners is that Africa ought to move beyond the traditional accountability approaches: reporting, auditing, setting up offices and so on, to “pragmatism and action”. According to the United Nations Development Programme, anti-corruption initiatives must be an integral aspect of national developmental goals and should  include governance innovations such as open data systems and social accountability tools. These innovative strategies would allow citizens and stakeholders to use their own observations and data to hold governments accountable and summon authorities to action.

Recent studies conducted by Science & Society emphasised that strengthening research capacity in developing countries is one of the most effective and sustainable ways of advancing health and development, and helping correct the “10/90 Gap” in health research, which is essential in scientific innovations. Though the continent bears a disproportionately high burden of infectious diseases globally, it allocates only 0.5% of its GDP to R&D. And Africa has just 79 scientists per million inhabitants, compared with 656 and 4,500 in Brazil and the US, respectively (The Guardian, 2019). This relatively low research capacity has been attributed to factors ranging from limited material and financing resources and weak progression pathways for scientific careers to poor physical and communication infrastructure and lack of critical mass of researchers.

To bridge this gap and build its own research base there is a need for domestically sustained and long-term investment in research and capacity building, particularly in vaccine R&D. Most of Africa’s research and capacity building efforts have been financially supported and driven from outside the continent. These foreign investments do not bode well for the development of sustainable African-led knowledge production pipelines that are important requisites for economic development and building its own research base (Kasprowicz, 2020).

Research and other health innovative efforts geared towards the prevention of infectious and chronic diseases endemic to Africa, including malaria and Ebola, should be led by African scientists and pioneered in Africa. This would not only ensure study findings are communicated in a manner that is culturally congruent, but more critically it would improve the scientific knowledge and strengthen African institutions, ultimately providing a platform for scientific innovations.

Finally, one of challenges associated with vaccine production in Africa is the need for a robust national regulatory authority (NRA). All vaccines need to be subjected to appropriate regulatory control from process development to use, to ensure their safety, effectiveness and that they are of high quality. A recent study on the state of the continent’s vaccine regulation by the University of Western Cape indicate that these regulatory authorities “range in quality from robust and functioning to offering regulation that is virtually nonexistent” (Irwin, 2021). Since NRAs tend to be in the spotlight during public health emergencies, they should have the capacity to effectively and efficiently regulate medical products to boost people’s confidence in vaccines, which is critical in reducing deaths and severe illness.

The Covid-19 pandemic has prompted several calls to fast-track efforts to establish an African medicine agency similar to the European Medicine Agency, which would provide national African regulators with regulatory guidance on new medicines (Nature, 2021). This proposal, according to Nature, is being led by the AU and Africa Centres for Disease Control & Prevention, and would cost about $100m to establish. This initiative seems propitious, and if successful will catalyse the continent’s efforts for home-grown vaccine development.

Africa’s ambitions for its own vaccine development and production are not far-fetched. For this to become a reality, however, an end-to-end approach is needed along any potential vaccine value chain — from the development and testing of new vaccine technologies to the vaccination of its population. Successful vaccine development in Africa would significantly reduce its double burden of infectious and chronic diseases, guarantee its health and economic security and, more importantly, boost its resilience and preparedness for future pandemics.

• Bortey is president and founder of the Centre for Research & International Development.

A handful of facilities in the US and Western Europe account for almost all the world’s mRNA vaccine supply, leaving many countries in a race to ...
World
1 year ago

The public appears to trust scientists, the WHO, and the traditional media rather than state announcements
Opinion
1 year ago