Why we should care about the Children’s Amendment Bill 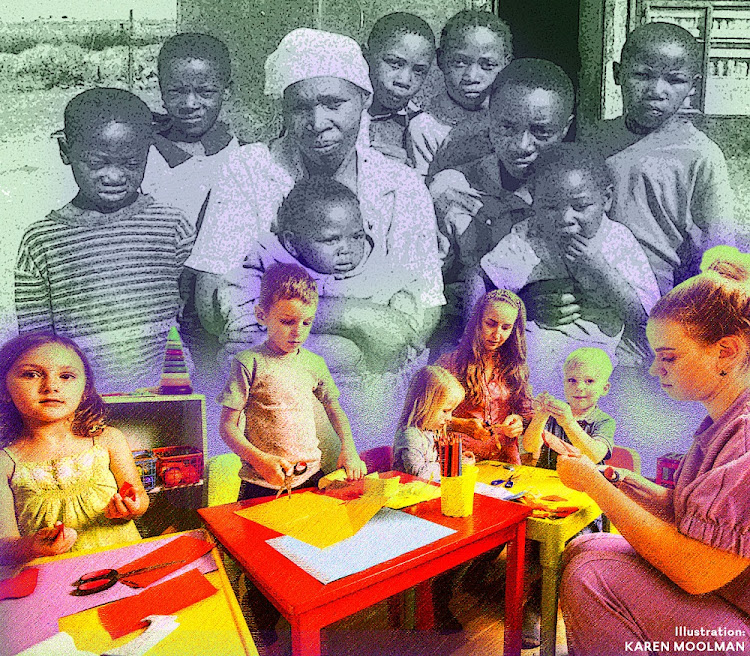 From time to time there is a new law that has the potential to bend the arc of SA’s social and economic development. The Children’s Amendment Bill is such a law.

But there are three reasons why every SA citizen should care that parliament and government get the Children’s Amendment Bill right.

First, the latest government figures show that more than half of preschool children do not attend any form of early childhood development programme. In the three- to five-year-old age group this amounts to more than 1-million children missing out on early learning opportunities. What is more, more than three-quarters of these children live in disadvantaged communities. The early years are a critical developmental window, which lay the foundations for success at school and beyond. But at the moment those most likely to benefit are most likely to miss out.

Second, economists tell us the return on investment for every rand spent on the early years is substantially higher than for every rand spent on primary, secondary or tertiary education. That return is calculated in terms not only of the lifelong personal gains for the child, but also of the social and economic gains for society. The dividend comes in the form of higher tax yields, along with lower spending on welfare, health and crime.

Third, early childhood development programmes unlock new economic opportunities for women and for communities —through the expansion of women-owned enterprises, by creating direct local employment in even the most under-resourced communities, and by enabling labour-market entry for mothers who must otherwise stay at home with their children.

For these three reasons, in recent decades high-income countries have treated investment in early childhood development programmes as first and foremost an economic investment. Their premise is that universal access to early childhood development programmes unlocks the labour market potential of women, and the future labour market potential of children.

It is precisely this analysis that propelled US President Joe Biden to announce last week an extraordinary $200bn investment in free preschool for every three- and four-year-old. The accompanying White House statement cited research showing that children who attend preschool perform better in maths and reading as late as eighth grade and are more likely to continue in tertiary education.

The statement also emphasised the various ways in which preschool drives economic growth. One claim will be of particular interest to governments around the world: “By some estimates, the benefits of a universal preschool system to US GDP are more than three times greater than the investment needed to provide this service.”

In SA, lack of equity in early childhood development access and quality is essentially a structural problem. The government is not a direct provider of early childhood development services and so the focal task should be to stimulate demand and enable supply. However, the Children’s Act of 2005 framed the government’s function as primarily a regulatory one, and over time this has meant its role has tended towards constraining rather than enabling.

Unfortunately, the Children’s Amendment Bill does not fix these problems and in some ways makes them worse. In response, civil society organisations such as SmartStart have mobilised with others under the umbrella of the Real Reform for Early Childhood Development Campaign to urge that this once-in-a-generation opportunity to deliver a fair and inclusive early childhood development system is not lost.

Together, we are calling for a one-step registration system, with one process to follow and one set of standards to meet. We are also encouraging government to abandon the “one size fits all” approach and recognise that early childhood development programmes come in many different shapes and sizes.

A big problem is that the system conflates the role of a registration system and the role of a quality assurance system. A registration system should set the entry threshold at a level that ensures children’s safety while pulling the vast majority of early childhood development programmes into the regulatory net. A quality assurance system can then kick in to incentivise and support good practice — and where necessary to close non-compliant programmes.

In other words, acknowledging that many early childhood development programmes start their compliance journey in a suboptimal place is not capitulation or compromise. It is rather the developmental approach envisaged in SA’s constitution, by legislating in a way that allows for a rising floor of access and quality.

Last month the government published new figures showing that at least two thirds of SA’s early childhood development programmes are not registered. Hundreds of thousands of young children each day are cared for in these programmes. Shutting them out of the regulatory system creates no winners, only losers. It is the system that needs to change, and it is the Children’s Amendment Bill that can change it.

• Matlhape is CEO of SmartStart Early Learning. Hickman, an independent consultant, is a SmartStart associate.

Mbeki's piece comes in the wake of recent attacks on the integrity of the judiciary by another former president, Jacob Zuma, who has also suggested ...
Opinion
8 months ago