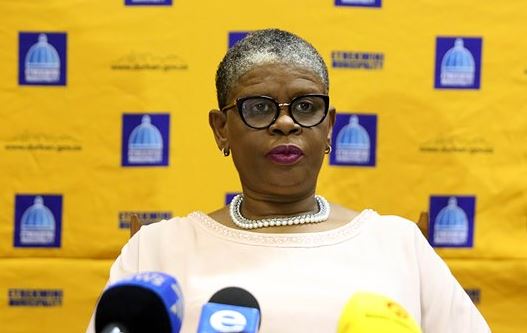 In what could be seen as a pre-emptive strike ahead of the ANC's national executive committee (NEC) meeting at the weekend, the party's KwaZulu-Natal provincial executive says all its members who faces criminal charges should step down from their responsibilities, both in the party and in the state.

The party is under increasing pressure to act against those in its ranks who are accused of corruption. Anger about the issue of corruption in the party has been fuelled by allegations of misuse of relief funds earmarked by the government to purchase protective equipment aimed at fighting the spread of the Covid-19 pandemic.

The high levels of corruption have prompted President Cyril Ramaphosa to write a letter to ANC members decrying the spread of the scourge in the party and in the country. The issue will take centre stage at NEC meeting.

The KwaZulu-Natal provincial executive had a committee meeting on Friday morning in which the issue of corruption and criminally accused leaders such as former Ethekwini mayor Zandile Gumede was discussed, and their being urged to step aside from their positions.

The move by the provincial executive committee (PEC) effectively neutralises a decision taken last week to appoint Zandile Gumede to the KwaZulu-Natal legislature.

While she does not have to now resign from the legislature, she has to step aside from the position pending the outcome of a probe by the party's integrity commission in the province.

Addressing a media briefing, Mdumiseni Ntuli, the ANC's provincial secretary, said the PEC had decided that all members who faced charges had been directed to step aside from their responsibilities, “both from the movement and from the state, and to appear before the integrity commission”.

He said while they awaited the outcome of probes by the PEC, they could not “step forward and represent the ANC.”

He said the PEC had mandated the provincial chair, Sihle Zikalala, to engage with the NEC and give clear guidelines on how to deal with members of the party who faced allegations, but were not criminally charged.

He said the NEC would also be asked to ensure that guiding principles were developed to deal with the problem, as the province's position was that there should be a common approach by the ANC across the country.

Zikalala said the ANC had taken the view that its actions must not only be dependent on what happened in court.

“The ANC must find a way to deal with its own image, its own integrity,” Zikalala said.

You’ll excuse us if we don’t hold our breath. And that’s not just because of the culture of inertia in the ANC — it’s the culture of impunity too
Opinion
9 months ago
Next Article