SA may need about R1.7-trillion to recover and will push for ‘massive infrastructure spending within labour-intensive sectors’ 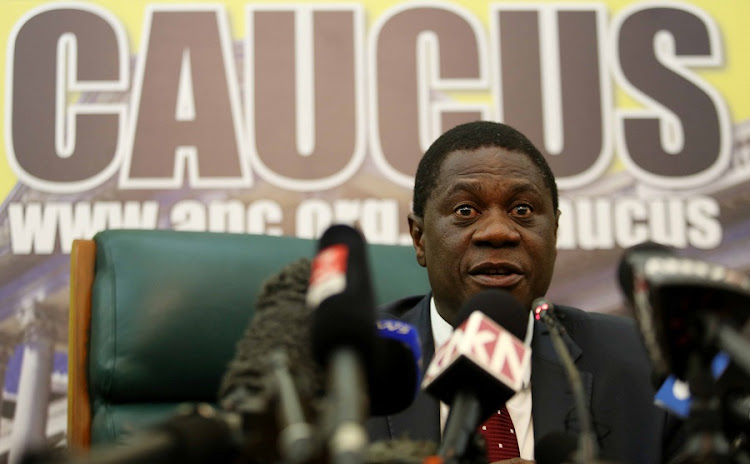 SA is seeking investments from multilateral lenders, commercial banks and pension funds in what a senior ANC official said will be a more than R350bn infrastructure programme.

The programme will focus on “network industries, such as rail and ports, energy, broadband connectivity, water, sanitation and human settlements,” Paul Mashatile, treasurer-general of the ANC, said in a speech to London’s Chatham House on Wednesday.

The government will pitch projects to potential funders on Thursday and Friday, and a symposium will be held on June 23 to discuss the programme, the presidency said.

“We have now generated a project pipeline,” Kgosientso Ramokgopa, head of the investment and infrastructure office in the presidency, said in an interview on PowerFM radio station. “We are not looking at getting money from the fiscus.”

SA has announced a R500bn support programme for an economy that the Reserve Bank forecasts will contract 7% this year as a result of the coronavirus outbreak and a lockdown to curb its spread. However, less than half of the package is new money, and with the budget deficit projected to exceed 10% of GDP this year, the government will have to tap external funding sources to spur economic growth even though it would drive up debt.

The country may need about R1.7-trillion to recover, Mashatile said. “About 1.8-million jobs will be lost during this period, mostly among the youth. This is why we will have to push for massive infrastructure spending within labour-intensive sectors.”

Ramokgopa said the programme will create a “huge number” of jobs. He didn’t give details of which funders have been approached or what projects are under consideration. The cabinet discussed them on Wednesday, he said.

“The government is already in discussion with international partners such as the International Monetary Fund (IMF), the World Bank, the New Development Bank and the African Development Bank to raise $27bn as part of our immediate response to the pandemic,” Mashatile said.

That figure is significantly higher than the Treasury’s estimate of about $5bn it expects to get from international finance institutions.

“The government, through the ... Treasury, is exploring all funding avenues to finance all programmes related to Covid-19 and measures aimed at addressing the pandemic,” the Treasury said in a response to questions.

“The funding avenues will not be limited locally, but will include exploring all global partners. Funding transactions will be announced officially once concluded.”

In the past, SA has shied away from borrowing money from the IMF and World Bank, saying such lending programmes could compromise its sovereignty.

Mashatile said in an interview that he expects the projects to be announced within a week.

Poverty relief should be focus of reworked budget, says FFC

The country knows what to do, and should not shy away from approaching the IMF
Opinion
2 years ago

GARETH VAN ONSELEN: The battle of the strawmen

GARETH VAN ONSELEN: The battle of the strawmen