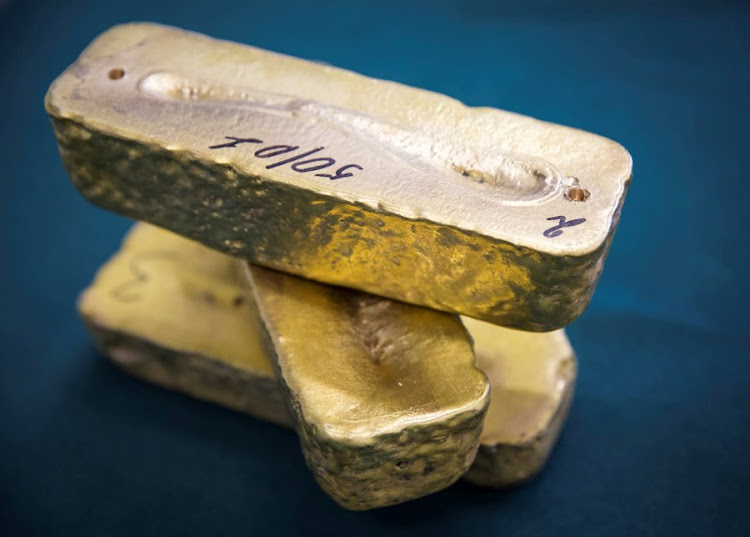 Bengaluru — Gold prices edged up on Tuesday as the US dollar retreated from a two-month high, with investors looking forward to the first US presidential debate and developments on a new US coronavirus relief bill.

A weaker dollar makes gold cheaper for holders of other currencies.

“The dollar’s decline has helped gold as the correlation remains relatively strong,” said Howie Lee, an economist at OCBC Bank, pointing also to prospects of further fiscal stimulus in the US.

“If that bill gets passed before the November elections, I think that will help risk sentiment. Gold may be pushed higher by virtue of the dollar weakening and heightened inflation expectations,” Lee said.

US House of Representatives speaker Nancy Pelosi said on Monday that Democratic legislators unveiled $2.2-trillion relief bill. But it was not specified when there would be a vote on the proposal.

Gold, viewed as a hedge against inflation and currency debasement, has risen over 20% this year, mainly supported by unprecedented stimulus measures by governments and central banks worldwide to revive their coronavirus-battered economies.

Caution had also set in ahead of the US presidential debate between President Donald Trump and Democratic nominee Joe Biden, with five weeks to go until the November 3 general election.

“The debates could carry its bag of uncertainties,” Avtar Sandu, a senior commodities manager at Phillip Futures, said in a note, adding the debate could be key to the direction of precious metals in the short term.