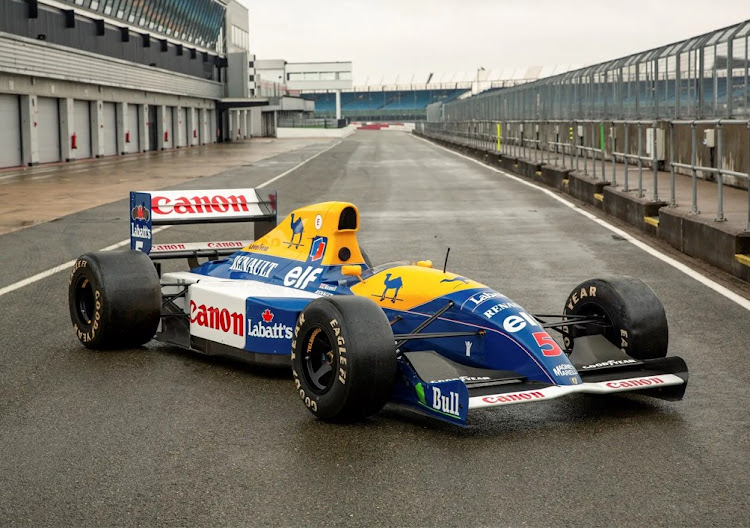 A Formula One car owned by 1992 world champion Nigel Mansell sold for €4.05m (R68m) at an RM Sotheby’s auction held in Monaco on Saturday.

The 1991 Williams FW14 was driven to victory five times in the 1991 F1 season and was the car that famously gave Ayrton Senna a lift back to the pits at the British Grand Prix after the Brazilian’s McLaren ran out of fuel. It was one of the most technically advanced F1 cars of its era and was part of Mansell’s personal collection. Its comfortably exceeded its pre-auction estimate of R25m-R50m.

Another car from Mansell’s collection was his 1989 Ferrari 640, which the British driver raced to victory at the Brazilian and Hungarian Grands Prix, and fetched €3.6m (R60.5m) at the auction.

The Monaco auction featured a glamorous line-up of classic racing cars and historic road cars that were snapped up by well-heeled collectors. The auction netted more than €30m (R500m) in sales and other highlights included a 1973 Ferrari 365 GTS/4 Daytona Spider that fetched R43.5m, a 1971 Lamborghini Miura SV (R41.6m) and a 1958 BMW 507 Roadster (R34m).

The rare Ferrari 340MM racing car, which was expected to fetch more than R100m, remains unsold but Sotheby's says it has a number of interested parties.

The international classic-car market is booming after a brief pause in early 2020 due to the pandemic, and last year saw a spike in the number of collectible cars that sold for more than £1m (R20m). It included Lewis Hamilton’s 2010 McLaren MP4-25 which sold for £4.73m (R94m).