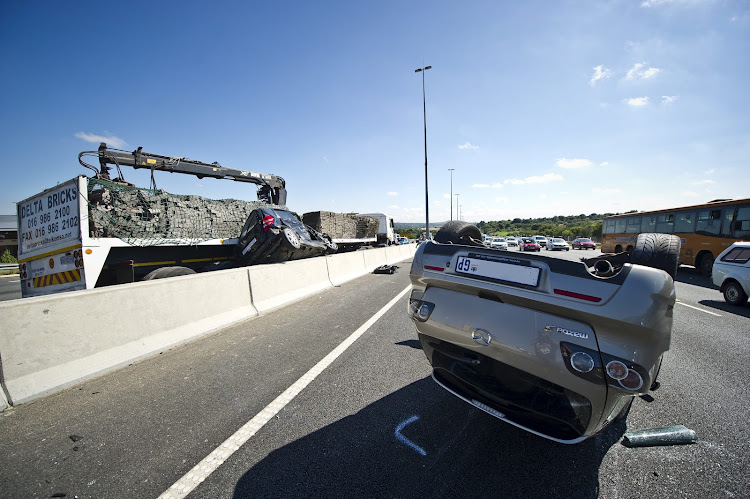 Crashed cars not reclassified as a code 3 (rebuilt) have been resold with purchasers having no way of checking the history. The vehicle salvage database (VSD) will now become public. Picture: GALLO IMAGES

Buyers of second-hand vehicles will soon be able to avoid unwittingly buying death traps on wheels.

The VIN numbers of all previously insured written-off vehicles will soon be published on an open website, allowing consumers to know if the vehicle they are considering has been in a serious collision and has been written off before.

Sambra took up the cause to prevent the practice of written-off cars being rebuilt and put back into circulation by unscrupulous repairers, to be purchased by unsuspecting consumers.

Sambra, which has advocated for more transparency over the past four years, in 2020 cited the example of a customer who purchased a second-hand Ford Ranger from a Gauteng dealer, saying she had no idea it had previously been written off and deemed uneconomical to repair. It was only when the vehicle underwent a service that the dealer found multiple problems with it, ranging from hydraulic brake lines being secured with cable ties, to multiple structural repair issues on the frame to a front suspension that could break due to heated second-hand suspension parts.

“The net result, a vehicle which is not only very unsafe and dangerous to drive, but one which could cause a very serious road accident,” noted Green.

There were several other cases of unwitting consumers buying second hand cars they didn’t know had been previously written off. Without a register to refer to, there was no way of stopping these cars from finding themselves back into the system, said Sambra.

It explained that insurers routinely write off vehicles and these vehicles are sold to auction yards. While there is nothing wrong with this on face value, says Sambra, the problem comes when these vehicles, still registered as Code 2 (the description for a used car), are sold on auction.

“In many cases these vehicles are bought by dubious repairers and sold back into the system for a good profit via digital sales platforms, unsuspecting used car traders or a ‘partner in crime’ outlet,” said Green.

“This is where the system goes awfully wrong, as the unsuspecting buyers often end up with a vehicle that has previously been written off by an insurer — who is unaware of the subsequent sale — and deemed uneconomical to repair. It also has not been reclassified as a code 3 (rebuilt) vehicle and the purchaser has no way of checking the history.”

Saia had opposed making this information available to the public as it contained policyholder information and would contravene the Protection of Personal Information Act (Popia).

It argued that the VSD was created to combat crime, and if it were made public, criminals would have access to it, which would see a dramatic increase in false financing and insurance of cloned vehicles.

The insurance industry has now agreed in principle to make its VSD public, backed by a comprehensive communication programme to make consumers aware of the site.

Saia did not explain the reason behind its change of heart, but said it came about after meeting with the Retail Motor Industry Organisation (RMI) and various other relevant parties including the Insurance Crime Bureau (ICB) and Road Traffic Management Corporation (RTMC).

It is not known when the VSD site will be up and running. Saia says it will deliberate on the proposed way forward at its next board meeting on March 10.

Transport minister Fikile Mbalula is also looking at extending the renewal period of the card from five to 10 years.
National
6 months ago