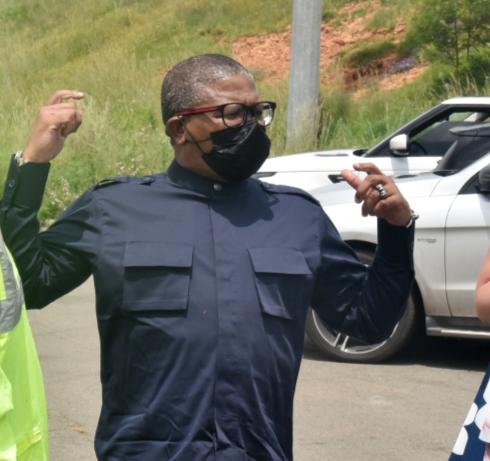 Transport minister Fikile Mbalula has announced that the driver’s licence card printing machine is back in operation.

“Hallelujah. The staff is pulling day and night shift to ensure your licenses are made and delivered,” Mbalula said on Wednesday morning. He was speaking in a Twitter video post from the Driving Licence Card Account (DLCA) facility he visited the day before, standing in front of the newly repaired machine while it printed licence cards.

It is the only machine able to print the cards and was sent to Germany for repairs after breaking down in November.

The 20-year old printer was initially expected to be back in service in March, and its earlier-than-expected repair will help alleviate the backlog in issuing licences

Good morning SA, yesterday I visited the Staff at the DLCA and spent the afternoon with them.

The Licensing Card Machine has been fixed and is in operation. The Staff is pulling Day and Night shift to ensure your License are made and delivered. pic.twitter.com/zUaqyvJLlI

The Organisation Undoing Tax Abuse (Outa) said that the backlog in issuing licences was between 400,000 and 500,000 since the machine broke down.

The transport department did not disclose how long it would take to address the backlog.

In August, Mbalula extended the grace period for the renewal of expired driving licences to March 31, due to a huge backlog caused by the closure of driving licence-testing centres (DLTCs) due to Covid-19, faulty equipment and systems, and corruption where officials sold online block bookings for bribes.

Last week Mbalula announced that processes to digitise driving licence renewal procedures were in the pipeline and would result in a paperless process. This will include online eye-testing for drivers’ licences, where the eye test result will be automatically uploaded and linked to the user application.

The AA has welcomed the judgment halting the Aarto Act, which was ‘about revenue instead of road safety’
National
4 months ago
Next Article