Zyda Rylands was due to step down at end-September, but has agreed to stay on until 2024 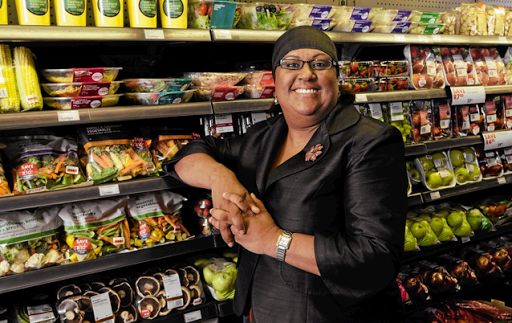 Clothing and food retailer Woolworths said on Monday that outgoing SA CEO Zyda Rylands will only be responsible for the food division from October until 2024, when she would retire from the company.

This could be viewed as a step down for Rylands, who was SA CEO and sat on the board of directors. With effect from Monday, she is no longer an executive director.

Retail analyst Syd Vianello said new CEO Roy Bagattini was “cleaning house”, and called the move “a demotion” for Rylands, who is believed to be behind the growth of the Woolworths food business, the market leader in SA’s high-end food retail.

But Woolworths’s clothing and beauty business has struggled in recent years with declining sales, and in 2020 Bagattini conceded that consumers viewed the clothing lines as expensive and boring.

The clothing and homeware division’s performance for the half year to December 27 saw operating profit decrease by 39.9% to R582m. The division’s 2020 turnover was R12.4bn, similar to the R12.5bn in revenue it earned in 2015, despite input and price inflation.

“I think Rylands is taking the rap for the poor apparel result in her capacity as head of Woolworths SA operations. The buck stops at the top, so they say,” Vianello said.

He said her role could have become redundant after Manie Maritz, the new clothing boss, who previously worked at TFG, was appointed and is probably reporting directly to Bagattini.

“Given the poor apparel performance under her watch, she really had no defence to protect herself,” he said.

The group said Rylands, who has been CEO of Woolworths SA since 2015, had taken early retirement, due to take effect from the end of September. But it had persuaded her to stay put as the head of the food division where she has enjoyed phenomenal success.

“For the remainder of her tenure, she will focus her energies and her passion on leading the Woolies SA foods business, which she has been instrumental in growing and positioning as an industry-leading retailer,” the company said.

Vianello called the decision for Rylands to stay on as head of food division an “eloquent exit” that allowed the company to keep her “expertise”.

The Woolworths food business recorded R19.7bn in turnover in 2015, which almost doubled to R35.2bn in 2020 under Rylands, who is driving an increased focus on lowering prices. ​

“I doubt if she will stay the full period because it really is a big demotion, but let’s see," Vianello said.

Previous CEO Ian Moir had been based in Australia, with Rylands in SA, but the current group CEO Bagattini is also now based in SA.

Woolworths has now reviewed the leadership structure and the SA CEO role has been canned.

Before Rylands took over Woolworths SA, she had occupied various positions over 20 years at the retailer.

“The Woolworths group has had a major management shakeout,” Vianello said. “Don’t be surprised if [Bagattini] makes some more big moves in Australia.”

However, Sasfin analyst Alec Abraham described Rylands’s departure from executive management as a loss.  “I believe the early retirement of Zyda is a loss considering her dynamic nature and experience within the group.”

He noted the food division has grown since she was MD of food almost 10 years ago. Under her leadership, the retailer added national household food and cleaning brands to the chain’s shelves to offer more to consumers and convert basket shoppers to grocery shoppers.

“I maintain that Woolworths Food remains the unassailable clear leader in the SA food and grocery marketplace in terms of quality, innovation and shopping experience and certainly an improved value proposition," Abraham said.

The Crazy Store to keep expanding as shoppers feel the pinch

Woolworths: Not so down under

David Jones: digging in for the big turnaround

David Jones: digging in for the big turnaround