Simola Hillclimb to go ahead minus spectators 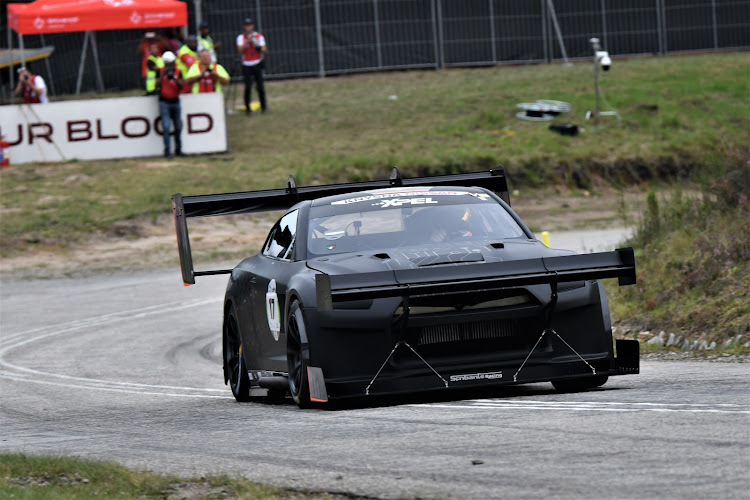 Reigning champion Franco Scribante will be back in this Frankenstein of a Nissan GT-R. Picture: SUPPLIED

Knysna’s Simola Hillclimb is the biggest competition of its kind in SA, and usually attracts bustling hordes.

This midyear spectacle was cancelled in 2020 due to the Covid-19 pandemic and this year’s event has been rescheduled to Sept. 3-5. However, spectators will be restricted to a live stream of the event, which is usually treated like a festival, with family braai stands and “music” provided by the cheering crowds and modified engines frying rubber.

Besides the lack of spectators, pit crews will also be strictly controlled to minimise the risk of infections.

Entries closed at the end of May and this year’s event will be the biggest Classic Car Friday field to date, with 74 competitors scheduled to storm the famous 1.9km Simola hill.

The coveted King of the Hill class has attracted a record 84 competitors, including three past winners of the Simola Hillclimb.

“We have once again been impressed by the number and quality of entries received, and it’s clear that motorsport enthusiasts are desperate to get their cars out and competing once again after we were forced to cancel the 2020 event as a result of the Covid-19 pandemic,” said Simola Hillclimb sporting director Geoff Goddard.

In the 2019 event, Scribante raised the stakes in the Modified Saloon Car category with his radical, modified Nissan R35 GT-R, clocking 39.342 sec. He is back in the same car which has been further developed.

Besides the competition vehicles, virtual spectators will experience a variety of new and old exotic cars.

More information on the event is available at  www.simolahillclimb.com