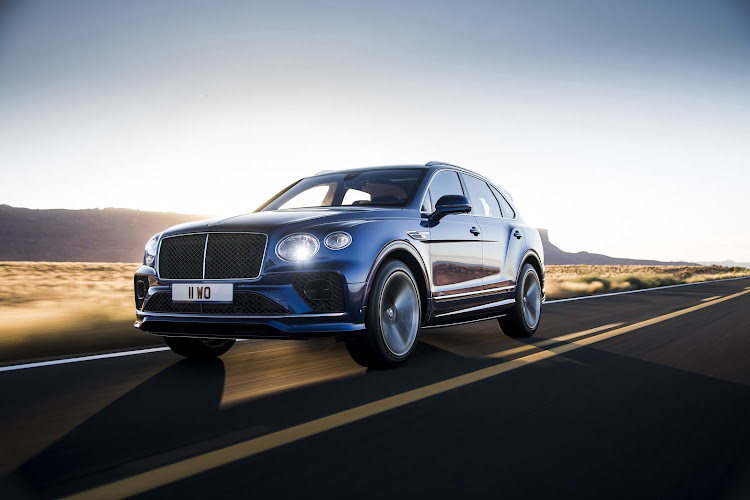 The British bomber has a phenomenal torque figure of 900Nm. Picture: SUPPLIED

Bentley has unleashed the Bentayga Speed as the 12-cylinder flagship of its recently-revamped luxury SUV range.

The world’s fastest SUV is gunned along, as before, by a W12 6.0l twin-turbo engine with outputs of 467kW and a phenomenal 900Nm of torque. It gives the luxury British bomber the ability to scorch the 0-100km/h sprint in just 3.9 seconds and a top speed of 306km/h — not bad for a 2.5 ton vehicle.

To save fuel when such lofty numbers aren’t being chased, the engine deactivates one complete bank of six cylinders as required.

Drivers are able to switch between four on-road Drive Dynamics modes: Comfort at one extreme, Sport at the other, a Bentley mode that provides a balance between the two, and a Custom mode where customers can tweak the air suspension and eight-speed automatic transmission settings to their own preference.

The heavy SUV’s handling response is optimised by a Torque Vectoring system that lightly brakes the inside rear wheel at corner entry to sharpen the front axle turn-in. 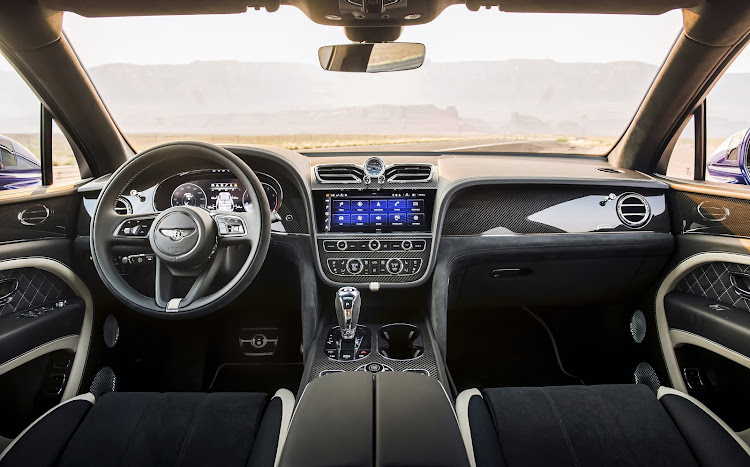 The optional carbon ceramic brakes are the most powerful brakes available from Bentley, made to withstand temperatures up to 1,000°C and providing a 20kg weight saving over iron brakes.

A unique Speed interior with Alcantara trim and exclusive details perk up the elegant passenger quarters.

First launched in 2015, the Bentayga has been given a range-wide upgrade comprising facelifted styling, updated onboard technology and an even more luxurious cabin.

A new, cutting-edge infotainment system has a larger and high-resolution touchscreen, and the SUV now has a fully-digital driver’s information panel similar to the Continental GT and new Flying Spur.

The latest release of the My Bentley in-car and remote connected car services allow real-time traffic information and over-the-air map updates. New connected features such as green traffic light prediction and local hazard information will be available depending on market region.

The new Bentley Bentayga Speed will reach local shores in the second quarter of 2021, with pricing to be announced closer to the time.

The line up will soon be completed by the global launch of the new Bentayga Hybrid.

No offroading on the menu, but you can race these Bavarian SUVs against sportscars on the tar
Life
9 months ago

Italy’s rapid new hellraiser has arrived, and we got to drive one of the first units in SA
Life
9 months ago

A Volkswagen Caddy for the wilderness

New Mitsubishi Xpander Cross may be headed to SA

A Volkswagen Caddy for the wilderness

New Mitsubishi Xpander Cross may be headed to SA