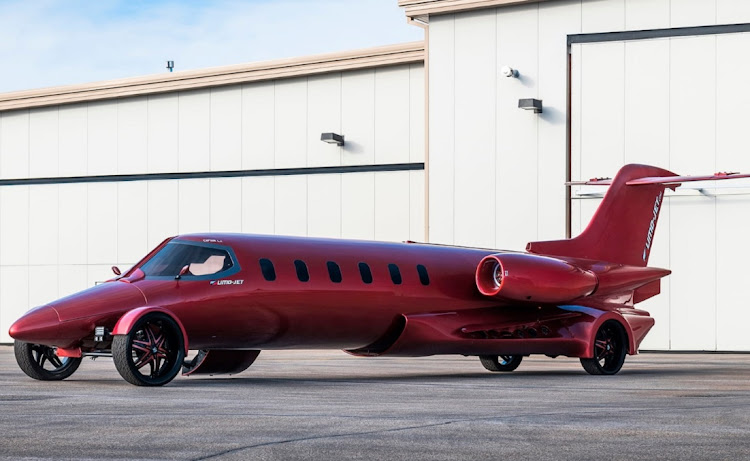 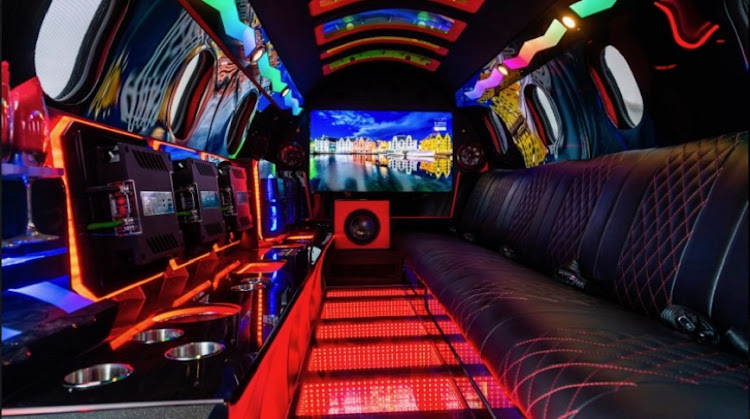 The "Learmousine" first appeared on the scene in 2005.

This bizarre idea of creating a Learjet-shaped car for the road was the brainchild of Dan Harris of Oregon in the US.

The unique and road legal contraption will go under the hammer in the US next month through Mecum Auctions.

The special car, which started life as an actual Learjet fuselage but was converted into a road-going limousine by a Chicago-based converter, measures 12.8m long and 2.4m wide.

It accommodates 18 passengers including the driver inside a dazzling cabin that features diamond-stitched leather seats, a refreshment centre and a 17,000W audio visual system linked to a 106cm plasma TV screen.

The driver commands the vehicle through a custom steering system from a deep bucket seat with harness, red carbon fibre look trim and four control screens that are fed outside images from outboard cameras.

The fuselage retains the plane’s tail fin, and is fitted with large speakers inside the twin engine housings which can playback jet engine noises.

It taxis everywhere on 28-inch red and black Diablo wheels shod with 325/25R28 rubber with hydro-boosted brakes and specially made suspension, electric and computer systems.

The Garret turbo fan engines have been replaced by an 8.1l Chevy truck V8 with 298kW on tap. Though no performance figures are given, we are confident it won’t reach the 270km/h take off speed of a regular Learjet.

Should you be keen to own this groovy toy, the sellers said it comes with a 13.4m Iron Bull trailer and a 2015 Chevrolet Silverado 2500 pickup included in the package. The Learmousine is due to be auctioned in the US on June 23 by Mecum Auctions.​

The country punches above its weight in the industry, exporting vehicles to 155 countries
Life
1 month ago

Judges give the big Korean SUV the nod, while electric Kia Soul scoops the Urban Car award
Life
1 month ago