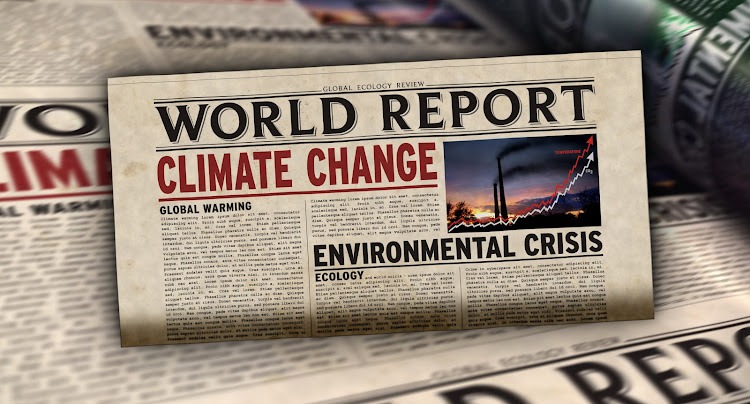 The science is straightforward: burning fossil fuels adds greenhouse gases to the atmosphere, which warms the planet and makes the weather weird. That weirdness might have felt mild at first. But that’s no longer the case.

Consider, for example, that a third of US residents live in a county that was struck by a climate-fuelled disaster — droughts, floods, wildfires, heatwaves or hurricanes — in the last three months. Many of those events set new records and led to billions of dollars in damages.

All this is happening at about 1.1°C of warming since pre-industrial times. And already many of the events are on the wrong end of the error margins of scientific predictions. The newest report by the Intergovernmental Panel on Climate Change is sobering as the planet enters the hottest period in the last 125,000 years.

And despite decades of warnings from scientists, politicians and corporate leaders aren’t producing the response needed. Emissions are high and show little sign of falling quickly enough.

The newest report by the Intergovernmental Panel on Climate Change is sobering as the planet enters the hottest period in the last 125,000 years

Holding those two facts in your head can create an overwhelming fear for the future of the planet. One that can be worsened by the lack of agency any individual has to alter the course.

But if you’ve been following climate news more closely, you probably experience something closer to a whiplash.

Solutions to tackle emissions are becoming more viable by the day. The price of solar and wind power has fallen faster than most estimated. That trajectory is repeating itself with batteries and electric cars. And many expect carbon-free hydrogen to follow suit.

Similarly, about $35-trillion of assets — about a third of the total, according to Bloomberg Intelligence — are today invested under an environmental, social and governance (ESG) label. While greenwashing is rife, it’s still a signal that the market recognises it needs to help slow global warming.

Though climate diplomacy remains as complicated as ever, there’s been a lot of progress in the past decade. It took a mighty effort to rebuild after the failure of the UN meeting in Copenhagen in 2009. But island nations succeeded in adding a stretch goal of keeping the temperature rise below 1.5°C to the agreement in Paris in 2015.

As of this year, nine of the world’s largest economies have committed to zeroing out their emissions in line with the 1.5°C target. Those might just be commitments so far with actual policies falling far short, but they are nonetheless far more ambitious than what diplomats would have expected just a decade ago.

Even among hard-nosed forecasters, things are looking brighter than they did just a few years ago. Take the estimates of DNV, a consultancy that makes the bulk of its money from energy and shipping companies. In its energy transition outlook for 2017, DNV estimated that the world was on track for 2.5°C of warming by 2100. It updated that figure to 2.4°C in 2019 and then 2.3°C in 2021.

So when I get asked “What makes you hopeful?” My best answer is to repeat climate scientist Kate Marvel: “I don’t have hope. I have something better: certainty,” she tweeted in August. “We know exactly what’s causing climate change. We can absolutely 1) avoid the worst and 2) build a better world in the process.”

In the years and decades to come, we can be certain about two things. Climate impacts are likely to get worse. Some amount of warming is baked into the system. At the same time, solutions will become cheaper, get deployed more widely and scale faster. Together, it means the whiplash is about to get stronger too.

• Akshat Rathi writes the Net Zero newsletter, which examines the world’s race to cut emissions through the lens of business, science and technology.

Scientists say it is close to a tipping point, as the invasion of land-grabbers continues, often with the overt support of the state
Life
1 month ago

Life on the edge of a perfect planet

Sir David Attenborough’s latest series, ‘A Perfect Planet’, explores how the forces of nature work in synergy to make our planet just right for us
Life
7 months ago

BOOK REVIEW: Cli-fi — coming soon to a planet near you

A California vacation gives a glimpse of the future as more frequent, more extreme weather forces us into climatological hyper-awareness
World
1 month ago

Report highlights fivefold increase in natural disasters over the past 50 years that have claimed 2-million lives and cost $3.64-trillion
World
3 weeks ago
Next Article