Though it is wise to think about how to grow your personal wealth, what it takes to feel wealthy is a moving target 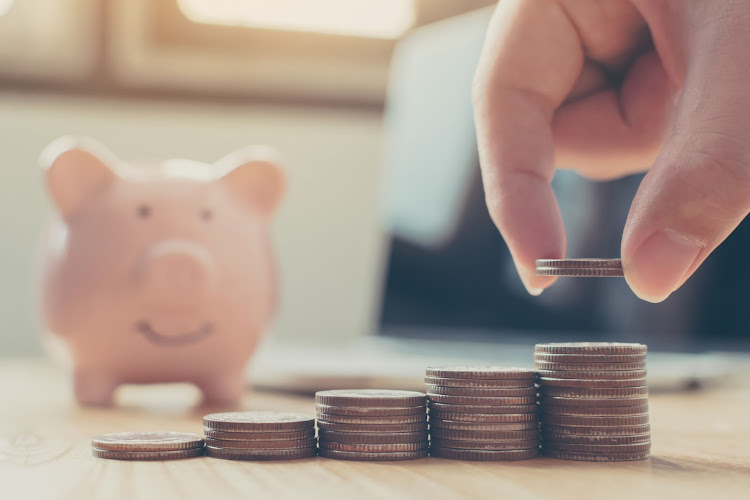 New York — I moved to New York City a decade ago at the tender age of 22. I worked three jobs that first year to make ends meet and didn’t earn more than $25,000. I remember thinking “if I could make $80,000, I could really enjoy living in this city”.

This mindset of reaching towards ever-higher financial goals stays with us over the course of our lives. It is helpful regarding paying off debt and building a strong financial foundation. But it also raises the question: how much money is enough to truly feel wealthy?

To be in the top 1% in the US, you need to have a pretax income of about $500,000, according to a Bloomberg analysis from 2020, but this varies by region. Even joining the double-comma club doesn’t do it for most. A 2019 survey by Ameriprise found only 13% of people with $1m or more believe themselves to be wealthy.

The point is, what it takes to feel wealthy is a moving target. Though it is wise to think about how to grow your personal wealth, you can spare yourself much anxiety by also focusing on how to find contentment. That is the only way to get off the hedonic treadmill of never feeling satisfied with what you have because someone else always has more.

Any time I hit a significant milestone in my salary or net worth, the dopamine hit would quickly diminish after seeing other people’s income and net worth posts on social media and personal finance blogs

There is a huge difference between earning enough to live and having your desired lifestyle. To start thinking about feeling wealthy, determine a specific baseline income needed for you to live the life you want — within reason of what is possible.

This will evolve over time as your life changes. Marriages, children, retirement and inflation are all major factors. But ultimately, setting a baseline should be about quieting the noise of external voices telling you what you should value. Instead, focus on what truly brings you satisfaction and happiness, and then you can reassess that number every few years. The pandemic should have given us a chance to reflect on what we value most.

Any time I hit a milestone in my salary or net worth, the dopamine hit would quickly diminish after seeing other people’s income and net worth posts on social media and personal finance blogs.

The comparison trap is a death knell for feeling wealthy.

The problem is, we are constantly inundated with carefully curated ads trying to sell us goods and lifestyles. Depending on social media consumption and geographic location, you can be surrounded hourly by images of people who have more than you. Even knowing some of these shows of wealth are works of fiction funded by debt seems to do very little to squash the voice whispering “you don’t have enough. They have more than you. You’ve failed”.

One reason you may struggle to feel wealthy is because you don’t trust it’s a lasting situation.

Scarcity mentalities present in various forms, but a dominant one in the financial realm is a persistent, underlying fear that everything will be taken away one day despite evidence to the contrary. There are myriad reasons for this mentality to take root, from how money was seen and dealt with in our childhoods to whether we entered adulthood during a financial crisis.

The suspicion that financial security let alone wealth does not last can be a big part of what keeps us fixated on accumulating more and more. And what starts out as a form of protection can turn into obsession.

While you might need some good old-fashioned financial therapy to truly get a handle on your scarcity mentality, one actionable step is to make sure you are properly insured and prepared for any financial fallouts. That will vary for each individual, but you can start by making sure you are covered with health, life, disability and even homeowner’s insurance policies. Keeping an emergency fund should also bring you some peace of mind.

SA’s wealth managers excel in areas they can control, and most portfolios were already defensively positioned before the Covid crisis hit, writes ...
Companies
1 month ago

As a sustained surge in demand for works by William Kentridge shows, SA is witnessing the emergence of a vital new art economy. The FM delves into ...
Features
5 months ago

That mandatory retirement age may not be cast in stone

CHRIS THURMAN: Remembering celebrated artists and history in an age of loss

CHRIS THURMAN: Remembering celebrated artists and history in an age of loss