Revenue from equities trading jumps 68% to $3.7bn in first quarter 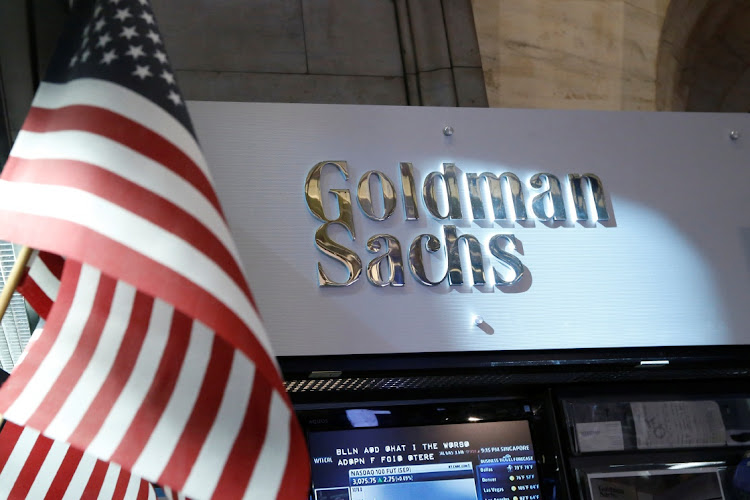 The Goldman Sachs stall on the floor of the New York Stock Exchange. Picture: REUTERS/BRENDAN MCDERMID

New York — Goldman Sachs surged past Wall Street expectations for first-quarter profit on Wednesday, as the US investment banking giant capitalised on record levels of global deal making and a coronavirus-driven boom in equity trading.

An unprecedented boom in private firms merging with listed shell companies to go public helped Goldman earn handsome fees from such deals, resulting in a 73% jump in revenue from investment banking to $3.77bn.

Total revenue more than doubled to $17.7bn in the quarter, while financial advisory revenue came in at $1.1bn.

The investment bank also comfortably held on to its top ranking on the league tables for worldwide M&A advisory. The league tables by Refinitiv rank financial services firms on the amount of M&A fees they generate.

As global investment banking fees hit a record of $39.4bn in the March quarter, according to Refinitiv data, some analysts turned sceptical about how long the bumper capital markets environment will last.

“Questions about the sustainability of revenues remains an open question despite strong results this quarter,” said KBW's Brian Kleinhanzl.

Goldman's trading performance was equally impressive. Revenue from the segment jumped 47% to its highest since 2010 and was in line with the broader gains for trading desks across Wall Street.

Earlier in the day, JPMorgan Chase said its quarterly earnings jumped almost 400%, as the largest US bank released more than $5bn in reserves and was aided by a big jump in investment banking and trading.

Goldman's profit also benefited from favourable comparisons to 2020 when it set aside more funds to cover potential corporate loan losses due to the pandemic and marked down the value of some assets.

Unlike rivals such as JPMorgan and Bank of America, Goldman has a relatively smaller consumer business, which has limited its exposure to loan defaults and allowed it to focus on its core strength in investment banking and trading.

Even so, the bank has stuck with its plan to expand its consumer loans and credit card businesses.

Consumer banking revenue rose 32% in the quarter. The business is tiny compared to other large revenue generators at the firm, with consumer and wealth management representing just 10% of the total in the first quarter.

Net earnings applicable to common shareholders rose to $6.7bn in the quarter ended March 31. Earnings per share rose to $18.60 from $3.11 a year earlier.

Analysts on average had expected a profit of $10.22 per share, according to Refinitiv estimates.

Goldman shares were up 1.6% in premarket trading. The bank's most comparable peer Morgan Stanley will round off the earnings season for big banks on Friday.

Largest US bank by assets releases $5.2bn in loan-loss reserves,  adding to windfall
Companies
1 month ago

Busy period awaits for acquisitive companies and for raising capital for initiatives, says Richard Gush
Companies
1 month ago
Next Article