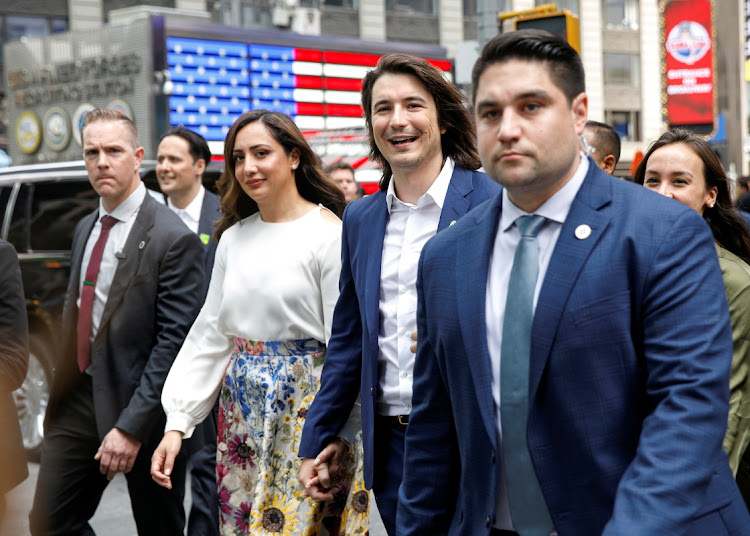 Robinhood Markets, the online trading platform focused on making investors out of millennials, slid as much as 12% below in its trading debut before climbing back closer to its price in its initial public offering (IPO).

The trading app made famous in 2021’s meme stock frenzy priced its $2.1bn IPO at the bottom of a marketed range. The shares opened at that price on Thursday and quickly slid from there, before regaining some of those losses.

The shares were down 1.2% to $37.54 in New York trading, giving the company a market value of about $31bn. Accounting for employee stock options and similar holdings, Robinhood’s fully diluted value is more than $32bn, but still short of the more than $36bn valuation it would have had at the top end of its price range.

The company sold 55-million shares on Wednesday for $38 each after marketing them for $38 to $42.

The failure to deliver a first-day pop craved by IPO investors may signal doubt about Robinhood’s promise to “democratise” and expand access to capital markets.

Robinhood debuted in a crowded but diminished week in the capital markets, as a record-setting year of US listings is losing momentum. Some 33 companies including blank-cheque firms had been slated to raise more than $11.6bn on US exchanges, according to data compiled by Bloomberg.

The second-biggest IPO of the bunch, what was planned to be a listing of up to $1.8bn by car-battery maker Clarios International, was postponed indefinitely. An IPO by fruit and vegetable producer and distributor Dole, earlier planned for Tuesday, was cut back to a target of up to $515m and moved to later on Thursday.

Robinhood allocated an unusually large portion of its IPO shares to retail stock buyers. It ended up selling about 20% to 25% of the deal to such individual investors, after earlier saying it could set aside as much as 35% of the offering for them, according to a person with knowledge of the matter.

This method also comes with risk as retail investors are often associated with volatility. Another potential wrinkle is that Robinhood is allowing insiders to sell up to 15% of their holdings right away, instead of locking them up for the first six months.

Robinhood co-founder and CEO Vlad Tenev said in a Bloomberg television interview that he’s striving for a “large portion” of the company’s customers to be long-term investors.

“It’s a surreal moment,” Tenev said shortly before Robinhood shares began trading on Nasdaq. “We’re not thinking about anything that happens in the market, especially in the short term.”

Goldman Sachs and JPMorgan Chase advised Robinhood on its listing. Its shares are trading on the Nasdaq Stock Market under the symbol HOOD.