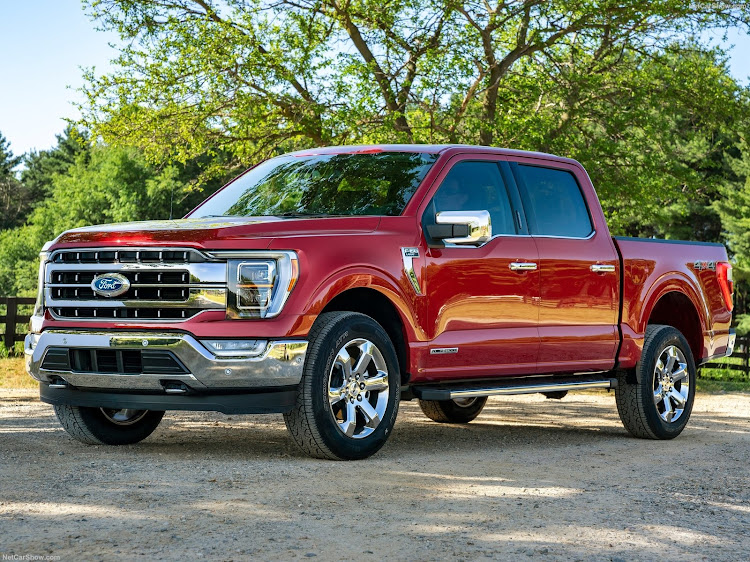 Ford is facing production shutdowns for its most profitable product, the F-150 pickup. Picture: NETCARSHOW

San Francisco — On the same day that Ford Motor said it would be able to produce only half as many cars as planned due to a global chip shortage, Apple announced blowout quarterly earnings as smartphone and computer sales soared, with the chip shortage having only a small impact on its business.

The contrasting results show how major players in the electronics industry, accustomed to the long-time horizons of chip production, have mostly avoided major disruptions from the chip shortage. Carmakers and their suppliers, with “just-in-time” production lines that can more easily be spun up or changed to produce different varieties of parts, have not.

Apple said on Wednesday that it would lose $3bn to $4bn in sales in the current quarter due to limited supplies of certain older chips. Still, that represents just a few percent of Apple’s projected sales of $68.94bn for the fiscal third quarter, according to Refinitiv revenue estimates, compared to a huge 50% production hit at Ford.

German carmaker Daimler also warned last week that the chip shortage would likely carry over to 2022. Ford CEO Jim Farley singled out a March fire at a Renesas Electronics plant in Japan as a key factor in its chip shortfall.

But some of the problems at Ford and other carmakers are the result of their own decisions. Many cut orders a year ago when the pandemic hit, then were caught short when vehicle demand rebounded much more quickly and strongly than anticipated.

Farley gave a bleak outlook on Wednesday, saying that even though the company was working “24/7” to address the issues, “there are more whitewater moments ahead”, adding that the problems could persist into 2022.

Apple, which is famous for its supply chain management and has more buying power than any other company, has avoided problems so far in meeting surging demand, in part by burning through supply buffers, CEO Tim Cook told investors on a conference call on Wednesday.

Problems procuring chips made with older-generation technologies will catch up with Apple in the current quarter, Cook said, noting that other industries also use such chips. He did not cite carmakers specifically, but many of their components are based on such earlier-generation tech.

Apple expects the problems to mostly affect iPads and Macs — two product lines that have sold well as work-from-home tools during the pandemic but whose sales are a fraction of Apple’s cash cow, the iPhone. Ford, by contrast, is facing production shutdowns for its most profitable product, the F-150 pickup.

The uneven impact of the chip shortage was evident in mobile phone chip supplier Qualcomm’s results announced on Wednesday: the company said business was booming on strong demand for smartphone processors and 5G communications chips.

Mobile phone processors are not suffering the same kind of manufacturing capacity shortage as automotive chips because they are made with more advanced production technology that chipmakers have spent heavily on in recent years.

Mobile phones do, however, require some older-tech chips in addition to their advanced processors. Samsung Electronics also announced strong earnings and said it expects to see a hit to smartphone sales in the current quarter due to the chip shortage. But profits at its chip division are expected to be robust.

In cases where advanced chip production technology faces bottlenecks, semiconductor firms are finding some ways to mitigate them. On Tuesday, Advanced Micro Devices (AMD) raised its annual sales targets, with CEO Lisa Su saying the company saw no problems in securing the supplies needed to meet the targets.

To address a shortage in “substrates” — a substance used to help put delicate silicon chips into tougher packaging so they can be placed on circuit boards inside electronic devices — she said AMD invested money into its substrate suppliers to secure dedicated capacity.

“We’re a bigger part of our suppliers’ businesses, and we’re looking for opportunities to help our partners get the capacity that we need in place,” Su said. “We started that last year, and we’re going to continue.”