Deal will result in one of the biggest retail warehouses in India, the size of 11 football fields 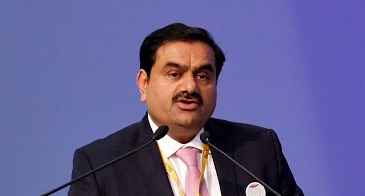 Walmart’s e-commerce unit, Flipkart Online Services, signed a pact with tycoon Gautam Adani’s conglomerate to build one of the largest retail warehouses in India as the US giant gears up to battle Amazon.com and home-grown rivals in the South Asian nation.

The partnership marks the entry of Adani, India’s fastest-rising billionaire, into the three-way fight for domination of India’s online shopping space. Up against the Walmart-Adani alliance is not just Amazon, but also Reliance Industries, the conglomerate owned by Mukesh Ambani, India and Asia’s richest man.

They all want a slice of a market estimated to generate $200bn in sales by 2026 — turbocharged by pandemic restrictions that are keeping people away from brick-and-mortar stores.

Adani Logistics, a unit of Adani Ports & Special Economic Zone, will build a 162,763m2 fulfilment centre in its upcoming logistics hub at Mumbai and lease it to Flipkart, the companies said in a joint statement on Monday. Expected to be operational in the third quarter of 2022, this warehouse — roughly the size of 11 football fields — can store 10-million units of inventory, the firms said.

Bengaluru-based Flipkart will also develop its third data centre at the AdaniConnecX facility in Chennai to help the e-commerce company keep its data within India, according to the statement. Adaniconnex Private is a joint venture between the US’s EdgeConneX and Adani Enterprises, the conglomerate’s flagship listed unit.

Amazon has already invested heavily in fulfilment centres in India, and its data-centric approach enables it to offer next-day delivery for select products in large cities, according to Utkarsh Sinha, MD at Mumbai-based consultancy Bexley Advisors. “It will be critical to see if Walmart’s plans follow a similar tech-first infrastructure approach, which could make Flipkart’s delivery and fulfilment more competitive.”

The new fulfilment centre being planned is likely to be larger in area than the ones operated by Amazon in India so far, underscoring the potential size of the Indian market.

“We see this as a great opportunity to serve Flipkart’s physical as well as digital infrastructure needs,” said Karan Adani, CEO of Adani Ports.

The partnership is another sign of Adani’s rising clout: his coal mining-to-data centres conglomerate has rapidly expanded and diversified across sectors, adding $24bn to his net worth this year. Riding a huge rally in his companies’ shares, Adani’s wealth has jumped to almost $58bn — the fastest rise in wealth globally.

In 10 years, the online giant has enabled $3bn worth of exports of Indian-made goods and created more than a million jobs in the country
Companies
2 months ago

Amazon.com builds grocery chain in US

Amazon.com builds grocery chain in US