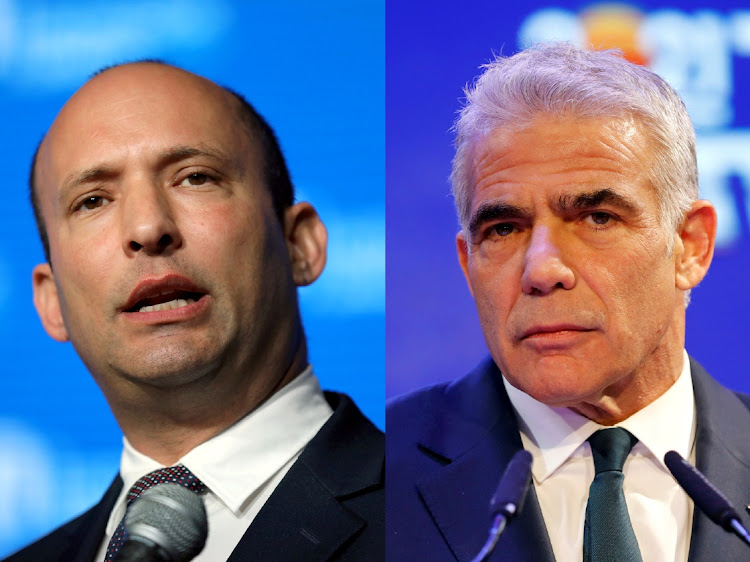 Jerusalem — Israel's opposition leader moved closer to unseating Prime Minister Benjamin Netanyahu when he told the country's president late on Wednesday that he has reached agreements with political allies to form a new government.

About 30 minutes before a midnight deadline, the centrist Yair Lapid, according to a party statement, told President Reuven Rivlin in an e-mail: “I am honoured to inform you that I have succeeded in forming a government.”

Rivlin, attending Israel's soccer cup final at the time, congratulated Lapid by phone, according to his office.

Lapid's main partner is nationalist Naftali Bennett, who would serve as premier first under a rotation between the two men with Lapid taking over after about two years.

Their coalition government would comprise a patchwork of small and medium parties from across the political spectrum, including for the first time in Israel's history a party that represents Israel's 21% Arab minority.

But the fragile new government, which would command a razor-thin majority in parliament, was only expected to be sworn in about 10 days from now, leaving slight room for Netanyahu's camp to try to abort it by turning legislators over to their side and vote against it.

During a 12-year run in top office, Israel's longest serving leader has been an often polarising figure at home and abroad. An end to his tenure may bring reprieve from domestic political turmoil, but major shifts in Israel's foreign policy appear less likely from the staunch US ally.

Lapid, a centrist, was given the task of forming a governing coalition after right-wing Netanyahu failed to do so in the wake of a March 23 election.

“This government will work for all Israel's citizens, those who voted for it and those who did not. It will respect its opponents and do all it can to unites and connect all parts of Israeli society,” Lapid said on Twitter.

The UAE and Bahrain must have known that their alliance with Israel would be strained over the treatment of Palestinians but it is unlikely they ...
Opinion
4 months ago