Despite the inevitable pushback from religious conservatives, and the usual pay disparity, working women now make up a third of the labour force 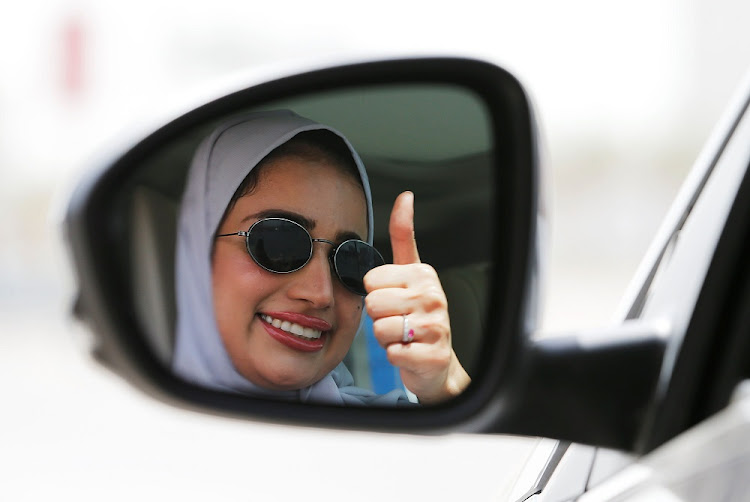 Saudi Arabia — It looks like a woman’s world on the 29th floor of Tamkeen Tower, where a call centre for Saudi Arabia’s General Authority for Statistics overlooks the beige sprawl of Riyadh. Past frosted-glass doors, the few men to one side of the room are vastly outnumbered by female colleagues sitting at desks spread across the office.

The scene is the opposite of what most workplaces in the conservative Islamic kingdom looked like a few years ago, reflecting the growing influx of women into the job market. “Look where we were and where we are now,” says Reem Almuhanna, who oversees the call centre’s 74 employees as they gather data on households and businesses.

Keeping women at home is a luxury the world’s largest exporter of crude can no longer afford. Crown Prince Mohammed bin Salman is overhauling the economy to prepare for a post-oil future and striving to create jobs amid sputtering economic growth. With the cost of living on the rise as the government cuts petrol and electricity subsidies and introduces new fees and taxes, including a 15% ­VAT, Saudi households increasingly depend on women working.

As a result, social and economic changes are ripping through the country — upending traditions, changing women’s lives across the class spectrum, and stirring resentment among some conservative Saudis. The state, facing pressure from foreign governments and human-rights groups over its clampdowns on dissent, recognises that the narrative of female empowerment may help burnish its reputation abroad. But the changes are not illusory.

Gender segregation — once strictly enforced by religious police — is gradually dissolving, not just among the metropolitan elites, but even in conservative provinces such as Qassim. Men and women who aren’t related can mingle openly at restaurants now. Many offices are mixed, as are music festivals, and business and professional conferences.

Though decision-making remains largely in the hands of men, female participation in the workforce increased from 19% in 2016 to 33% in 2020, according to the statistics authority’s labour force survey. “The government’s strong commitment to Saudi female empowerment has been the main driver,” the ministry of human resources and social development said in March.

Increased female participation in the labour force was the only goal set out in Prince Mohammed’s Vision 2030 framework to be met a decade early, with Saudi women taking jobs as waitresses, cashiers, and police officers. In the process, the dress code for women has loosened; jeans and uncovered hair are now tolerated alongside traditional floor-length black abayas.

The shift began under King Abdullah, who died in 2015, but it’s quickened dramatically under Prince Mohammed, now the de facto ruler. In the past five years, the government has curtailed the power of the religious police, ended the ban on women driving, and eased rules that kept women beholden to male guardians. “There is this recognition that we cannot keep going — it’s economically not sustainable — without utilising 50% of the population,” says Salma AlRashid, chief advocacy officer at Alnahda Society, an ­independent non-profit focused on women’s empowerment.

The changes have come at a cost. As social liberties have expanded, political freedoms have retreated for men and women alike, leaving little room for the citizenry to debate policies that are transforming one of the world’s most socially restrictive countries. Prince Mohammed’s crackdown on domestic critics has ensnared female activists, writers, and academics alongside male ones.

Campaigners such as Loujain al-Hathloul and Aziza al-Yousef, who spent years advocating for changes such as allowing women to drive, were arrested in 2018 and accused of undermining state security. (Al-Hathloul, sentenced to a nearly six-year prison term that was partly suspended , was freed in February; and al-Yousef was released in 2019, though both are banned from travel abroad. Human-rights groups say they were tortured, which the government denies.) Other dissenters have fallen silent out of fear.

As Saudi society evolves, some men worry that women are taking their jobs and subverting their traditional role as the head of the household, responsible for their families financially and otherwise. “I’m against the fact that women are prioritised in getting jobs while men are left behind,” says Yazeed, a dentist, asking that his last name be withheld so he can speak openly in a country where the government limits free speech. “I believe women’s employment is a necessity only when she can’t find someone to provide for her.”

Prince Mohammed has said it’s time for women to take a bigger role. He rarely gives interviews, but told Bloomberg in 2016: “Women are half of this society, and we want it to be a productive half.” More than two-thirds of unemployed Saudi women hold a bachelor’s degree or higher, compared with just a third of male job seekers. Getting the kingdom’s educated women into the workforce is seen as essential to the success of the Vision 2030 plan.

The logic of female empowerment is straightforward, says Rasha Alturki, Alnahda’s CEO. The government has invested for generations in educating Saudi women, she says. “There has to be a return on your investment. Otherwise what’s the point?”

Few people have lived the changes in Saudi Arabia as viscerally as Ahlam Eisa, a mother of four who works in a women’s clothing shop in Riyadh and drives for Uber and other ride-­sharing companies to make extra cash, all while studying for her high school diploma.

Born in the south, Eisa got married and moved to the capital when she was 19, living the kind of closed-off life typical for many Saudi women. Her divorce three years ago jolted her into an alternative universe where women worked and unmarried couples ate together in cafés. “I didn’t know what the world outside was,” she says. “I was in a bubble.”

Today, Eisa drives around Riyadh in a silver Hyundai Accent, her short hair styled beneath a grey hooded robe. The car, which a local charity helped her buy, has transformed her life, she says. Now her focus is to finish school then train as a nurse. One of her daughters wants to be a flight attendant; the other, a makeup artist. “I realised that with or without a man, I’m making my life beautiful. Everything in this era is available for women.”

Nawal Alunaizi is similarly elated at her newfound choices. The mother of five says she endured a bad marriage for two decades, afraid to lose custody of her children under a patriarchal system in which only men were considered legal guardians. Reforms that made it easier for women to file for divorce and get custody of their children emboldened her to leave the relationship four years ago.

“I’m living a new life,” says Alunaizi, who works in HR at a real estate company. “At first, when I’d come and say to my daughters, ‘Be strong, face life,’ I’d be embarrassed. Now I say it, and I look them in the eye.”

The changes to the Saudi workforce have been uneven (and have completely bypassed some foreign women in the kingdom, including 1-million female domestic workers who have limited rights and are largely at the mercy of their employers). Many traditionally male-dominated ­industries — such as manufacturing and construction —­ remain so. There are roughly 18 Saudi men in the mining sector for every Saudi woman. That ratio narrows to about one-to-one in fields such as healthcare, social work, arts and ­entertainment, and the hospitality industry.

When the pandemic struck, the General Authority for Statistics, where Almuhanna works, switched from all-male enumerators knocking on doors to mostly women surveyors working the phones, who ended up reaching more women directly by not having to go through male heads of households. Among other things, the data they gathered suggested more women were already working outside the home than previously thought.

Job creation is Prince Mohammed’s most pressing domestic challenge. The double blow of last year’s decline in oil prices and the Covid-19 pandemic underscored the importance of diversifying the economy. In the fourth quarter of 2020 the unemployment rate was 12.6% for Saudis overall and almost double that for women.

With more women entering the workforce and a youth bulge changing the shape of the labour market, it’s been hard for the economy to keep up. This is particularly true now that economic growth is sputtering. GDP shrank by 4.1% last year; this year, according to the International Monetary Fund, it’s expected to grow by 2.9%, which is relatively weak compared to the oil boom years.

Many of the jobs opening up for women are lower-paid and include roles once filled by workers from Asia and other Arab countries. For a decade, Saudi Arabia has sought to tackle high unemployment among its citizens by encouraging companies to hire them over foreigners, who remit much of their earnings to family members in their home countries.

These efforts have intensified under the crown prince. The government has imposed levies on employers that hire foreigners, fees that expatriates pay to allow their dependents to reside in Saudi Arabia, and minimum quotas for Saudi hires in certain sectors, such as retail.

“Yes, finding a job for us women is easy, but finding a good job is difficult,” says Sahar, a saleswoman in a clothing store. Her salary of 3,500 riyals ($933) a month goes towards supporting her family after the death of her father. To go to work she had to drop out of college, and she isn’t sure she’ll be able to go back. “I don’t think I’ll ever advance in my career,” said Sahar, who asked that her last name be withheld so she could speak freely.

Alnahda’s research has found gender gaps not just in workforce participation but also in career development and compensation, with Saudi women earning 57 riyals for every 100 earned by Saudi men — even after adjusting for differences in education and experience. The gap is starkest at the top. There are few women on company boards and none in the Saudi cabinet. Prince Mohammed’s closest advisers are all men.

But as mixed as the picture is for Saudi women in the workplace, it’s a world away from what it was. When Noha Kattan became one of the first women to work at what’s now the ministry of sports in 2016, there wasn’t even a women’s bathroom in the building. Now she’s a deputy minister for national partnerships and development at the ministry of culture, where 49% of the 667 employees are female.

Behind the culture ministry’s stone-and-glass façade, women wearing colourful abayas sit at open-floor-plan desks alongside men — a far cry from the sealed-off women’s sections, often dark, cramped, and hidden away, that still exist in some government institutions. What’s more, women no longer worry they’ll be reported to the religious police and punished for taking a five-­minute coffee break with male colleagues.

Speaking with a reporter in her spacious, glass-walled office, Kattan considers the changes she’s lived through. To go from having no bathroom fewer than five years ago to “having this conversation now,” Kattan says, is “mind-blowing”.

Bloomberg Markets. More stories like this are available on Bloomberg.com