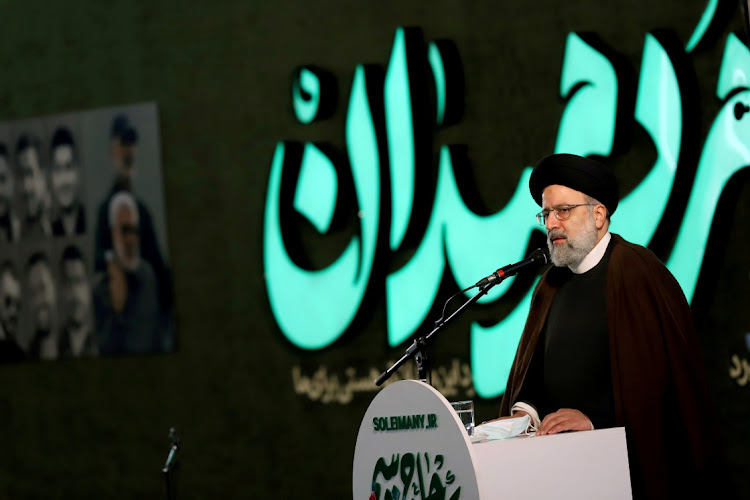 Iranians will get to choose from a field of mostly hardline candidates hostile to the West and sceptical of the country’s troubled nuclear deal when they pick their next president in June.

The front-runner in the final list of seven candidates, published by the interior ministry, is the current head of the judiciary, ultraconservative cleric, Ebrahim Raisi.

Iran’s presidential elections come as world powers and the administration of moderate President Hassan Rouhani hammer out an agreement to revive the 2015 nuclear accord abandoned by former US president Donald Trump. While Raisi has been hostile to the accord, he’s unlikely to scuttle talks in Vienna while Ayatollah Ali Khamenei endorses them.

With a hardline president, Iran’s executive branch will be in harmony with other state institutions — including the judiciary, the parliament and the Islamic Revolutionary Guard  — which could paradoxically increase the probability that the nuclear deal will be restored with little political wrangling in Tehran.

But the prospect of a radical conservative in the presidency spells disaster for human rights and civil society activists who’ve been bitterly disappointed by Rouhani’s inability to effect any substantial change to the country’s strict social and cultural laws.

A ballot dominated by hardliners is also expected to draw a low turnout. The semi-official Fars news agency, which is closely aligned to hardline factions, said the latest polling data indicated voter turnout on June 18 would be 53%, one of the lowest on record, with 72.5% of those who plan to participate voting for Raisi. Fars didn’t give any data or details on how the survey was carried out.

More than 580 people were disqualified from the presidential race by the Guardian Council — a powerful constitutional body that’s directly appointed by Khamenei and charged with vetting elections — including Ali Larijani, the former speaker of parliament and a current adviser to the supreme leader.

Larijani, who comes from a powerful family and is widely respected within Iran’s political establishment, was seen as too close to Rouhani and likely to continue his policy of engagement with the West.

Raisi, who is close to Khamenei and is often referred to in state media reports as his most likely successor, is liked by the Islamic Republic’s security apparatus and religious institutions but is unpopular with the country’s educated, urban middle class.

He lost by a sizeable margin when he ran against Rouhani in 2017 because he was seen as a threat to the nuclear deal his rival had championed in an effort to revive the economy, improve ties with the US and spur foreign direct investment into the country after decades of isolation.

Raisi will be running alongside a number of other previous losers including Saeed Jalili, former head of Iran’s top nuclear body under president Mahmoud Ahmadinejad, former Islamic Revolutionary Guard commander Mohsen Rezaei and Mohsen Mehralizadeh, the only candidate who has served in a reformist government.

Mehralizadeh was deputy of Iran’s sports organisation under president Mohammad Khatami. While he is closely associated with the Islamic Republic’s only fully pro-reform administration, he is not considered an influential politician and drew less than 1.5-million votes when he ran in 2005.

Move is in response to the sabotage of its Natanz nuclear site at the weekend, which it has blamed on Israel
World
2 months ago