More than 1,000 detained at rallies in 29 cities against Ukraine invasion, protest monitor claims 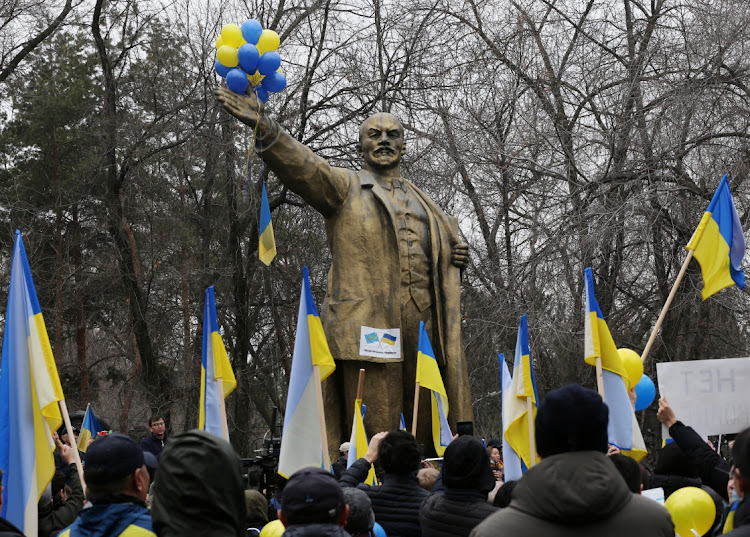 London — More than 1,000 people were detained at protests on Sunday in 29 cities across Russia against President Vladimir Putin’s invasion of Ukraine, according to an independent Russian-based protest monitor.

Reuters was unable to independently verify the information and to reach spokespeople for Russia’s interior ministry.

“The screws are being fully tightened — essentially we are witnessing military censorship,” Maria Kuznetsova, OVD-Info’s spokesperson, told Reuters by telephone from Tbilisi.

“We are seeing rather big protests today even in Siberian cities where we only rarely saw such numbers of arrests,” Kuznetsova said.

The interior ministry warned on Saturday that any attempt to hold unauthorised protests would be prevented and the organisers held to account.

A video posted on social media showed a protester on a square in the far eastern city of Khabarovsk shouting: “No to war — how are you not ashamed” before two police members detained him. 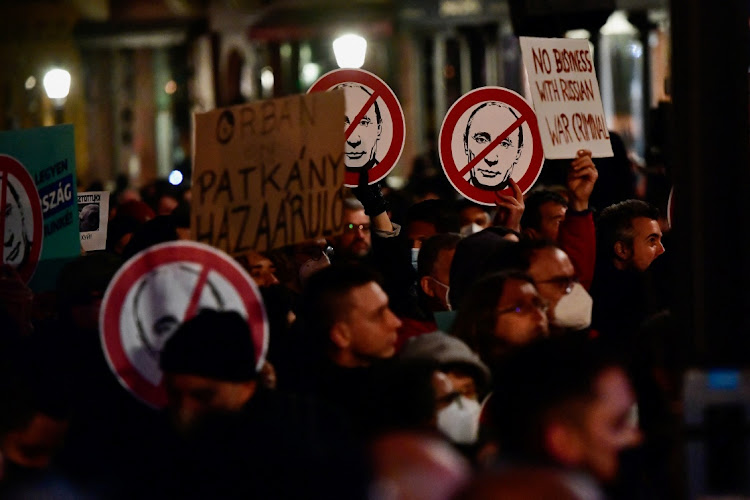 People hold signs at a protest outside the headquarters of the Moscow-backed International Investment Bank, after Russia's invasion of Ukraine, in Budapest, Hungary, March 1 2022. Picture: MARTON MONUS/REUTERS

Police used loudspeakers to tell a small group of protesters in Khabarovsk, “Respected citizens, you are taking part in an unsanctioned public event. We demand you disperse.”

Reuters was unable to independently verify the post. Russian state-controlled media was largely silent about the anti-war protests.

Russia’s RIA news agency showed footage of what appeared to be supporters of the Kremlin driving along the embankment in Moscow with Russian flags and displaying the “Z” and “V” markings used by Russian forces on tanks in Ukraine.

Patriarch Kirill, the head of the Russian Orthodox Church, said Russian values are being tested by the West which he said offers only excessive consumption and the illusion of freedom.

Putin, Russia’s paramount leader since 1999, ordered what he casts as a special military operation to defend Russian-speaking communities against persecution in Ukraine and to prevent the US from using Ukraine to threaten Russia.

The West has called his arguments a baseless pretext for war and imposed sanctions that aim to cripple the Russian economy. The US, Britain and some other Nato members have supplied arms to Ukraine.

Jailed Kremlin critic Alexei Navalny had called for protests on Sunday across Russia and the rest of the world against the invasion launched by Russia on February 24.

The crowd shouted slogans such as “No to war” and “Putin is a dickhead”, while waving Ukrainian flags.

Activists put blue-and-yellow balloons in the hand of a Lenin statue towering over the small square where the rally took place.

“Because of Putin, Russia now means war for many people,” Navalny said on Friday. “That is not right: it was Putin and not Russia that attacked Ukraine.”

Putin’s approval ratings have jumped in Russia since the invasion, according to Moscow-based pollsters. Putin’s rating rose six percentage points to 70% in the week to February 27, according to state pollster VsTIOM.

The FOM pollster, which provides research for the Kremlin, said Putin’s rating rose seven percentage points to 71% in the same week.

Washington is committed to doing everything needed to stop the war in Ukraine and co-ordination is vital, US secretary of state Antony Blinken
World
3 months ago

International Atomic Energy Agency DG offers to meet representatives from Russia and Ukraine at the site of the defunct Chernobyl nuclear power ...
News
3 months ago