Police detain more than 2,000 people at protests held in 48 cities across Russia 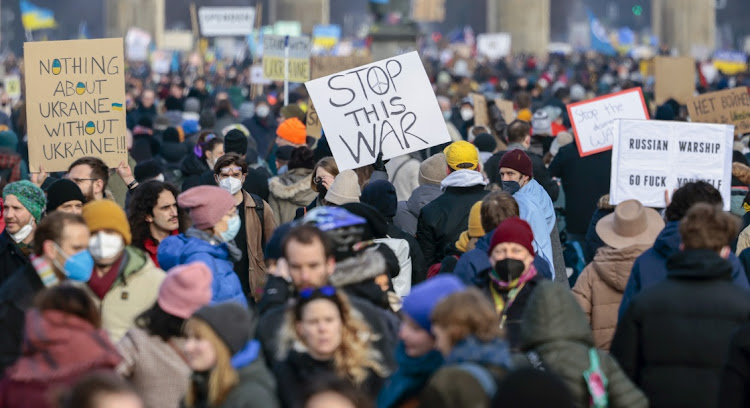 Moscow  — Police detained more than 2,000 people at antiwar protests held in 48 cities across Russia on Sunday, a protest monitoring group said, as people defied the authorities to show their anger over Russia’s invasion of Ukraine.

More than 5,500 people have been detained at various antiwar protests since the invasion began on Thursday, according to the OVD-Info monitor, which has documented crackdowns on Russia's opposition for years.

In Moscow, riot police often outnumbered protesters, some of whom carried handwritten placards with peace signs and antiwar slogans in Russian and Ukrainian. Some wore masks with the word “Enough” emblazoned in the front.

Tens of thousands of people across Europe marched in protest against Russia’s invasion on Sunday, with 100,000 people protesting in solidarity with Ukraine in Berlin.

A reporter for the independent television channel Dozhd was arrested during the protests despite showing his accreditation to the police and wearing a press vest.

Outside the upmarket Gostiny Dvor department store in downtown Saint Petersburg, hundreds of protesters stood together, linking arms and chanting. 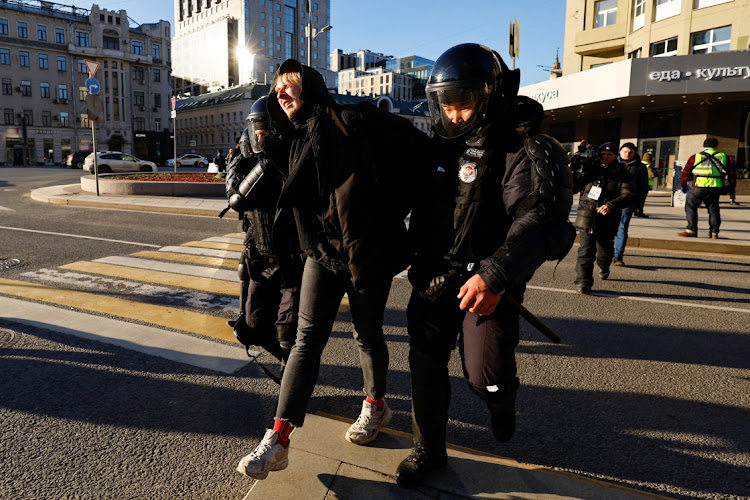 Sunday’s protests coincided with the seventh anniversary of the murder of opposition politician Boris Nemtsov.

In Moscow some of the arrests took place at an improvised memorial just outside the Kremlin at the site where Nemtsov was shot, a Reuters witness said. “No to war!” shouted one of the demonstrators as he was being dragged away by the police.

Nemtsov was a prominent critic of President Vladimir Putin, Russia’s annexation of Crimea in 2014 and Moscow’s support for pro-Russian separatists in Ukraine, which ultimately led to what Putin labels a “special operation” to protect the two separatist regions though his troops are fighting in wider Ukraine.

Putin ordered his military command to put nuclear-armed forces on high alert on Sunday as Ukrainian fighters defending the city of Kharkiv said they had repelled an attack by invading Russian troops.

Bloomberg Economics examines how the conflict could impact growth, inflation and monetary policy.
News
5 months ago