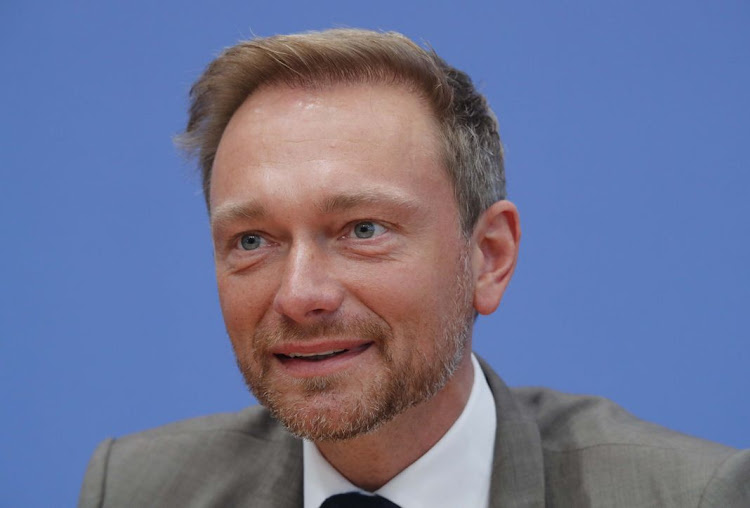 As the dust settles on Germany’s election, control over the finances of Europe’s largest economy could fall to a 42-year-old former tech entrepreneur who wants to lower taxes and tighten spending.

Christian Lindner, the head of the Free Democrats, campaigned for reducing burdens on business and eliminating expenditures like subsidies for electric cars. He has made the role of finance minister a demand in pending coalition negotiations, and since the two larger partners need his votes to form a majority, he is entering the talks with some leverage.

“We need a return to growth-orientated policies that promote economic activity, and we need to limit senseless government expenses,” he said during an appearance on ZDF television just before the vote.

Lindner, whose business career was patchy at best, is also under pressure. Falling short in securing a role for the FDP in Germany’s next government could imperil his political career after he controversially pulled out of coalition talks four years ago.

After the FDP finished fourth in Sunday’s vote, he moved early to offer an olive branch to the Greens to form a “progressive centre” for a ruling coalition.

The two parties would have the power to anoint Olaf Scholz, the Social Democratic winner. If a deal with the SPD fails, they could also turn to Armin Laschet from Merkel’s conservative bloc, who came in second and is still holding on to the chance to become chancellor. Lindner has said he would prefer to govern with Laschet, but even the conservative candidate has acknowledged that Scholz should get the first crack, after a narrow election victory.

Discussions between the Greens and the FDP are already under way, and Scholz welcomed the efforts to find common ground.

“That’s how it should be,” he said on Monday in an interview with public broadcaster ARD. “The key thing is that we quickly show that we are up to the task we have been given by the voters, and I’m sure that we’ll get there.”

The Greens co-leader Robert Habeck, who has also expressed interest in becoming finance minister, is ready to take up talks with the FDP, saying it makes sense that the parties that are furthest apart see if they can make a partnership work. Coalition negotiations are set to take months.

The tactical positioning by two parties with no chance at leading the government reflects Germany’s fragmented political landscape. Like elsewhere in Europe, big-tent centrist parties are losing support, leaving room for other groups to claim a share of power.

The trend was held at bay during Merkel’s 16-year tenure, but is clear after her conservatives slumped to their worst result. Lindner, who bought a Porsche at the age of 19 with money made through a small ad agency, is ready to take advantage.

In a Bloomberg webinar this month, he made it clear that the price for any alliance with the Social Democrats would be steep, but left the door open.

“For us, policy content is the decisive factor. There is no automatic tendency for one coalition or another.” He has maintained this line after the election.

If Lindner succeeds in becoming finance minister, he could play a role in restructuring Germany’s banking sector, including unloading the government’s 15% stake in Commerzbank and restructuring the country’s public-sector lenders.

He has rejected tax increases and veering from Germany’s constitutional debt brake. But he could still find ways to raise funds to invest in Germany’s transition to cleaner technologies, which the Greens are pushing. In its campaign platform, the FDP has called for the government to sell holdings in Deutsche Post and Deutsche Telekom.

Despite his relative youth, Lindner has long been the face of the FDP. Joining as a teenager, he took control in 2013 at the age of 34. He led the pro-business party back into German parliament after it crashed out after a rocky coalition for Merkel’s second term.

In 2000, the same year he was elected to state parliament in North Rhine-Westphalia, he cofounded Moomax, a company that marketed internet avatars. After securing venture capital funding, it collapsed as the dot-com bubble burst. He now describes it as a learning experience and uses it to promote the idea that Germany needs to encourage people to take risks.

“Affluence needs to be earned,” Lindner said on the campaign trail in Stuttgart, whipping up the crowd. “A strong economy isn’t everything. But without it, it’s a dream that this country will be able to meet its climate goals.”

He has frequently slammed the Greens for wanting to place restrictions on the economy such as forbidding combustion-powered cars from 2030 and restricting domestic flights. While the Greens have attacked the FDP for wanting to ease taxes on the wealthy.

Overcoming such hurdles will be key for Scholz to form a government and wrest the chancellery from the conservatives. The Social Democrat has the upper hand and will approach the Greens and the FDP as “friends,” he said on Monday at his party’s headquarters in Berlin.

In the meantime, Lindner will use every advantage available to put himself in line for finance minister.

During the ZDF appearance, he said that the broadcaster’s makeup artist had noted that he is a Capricorn and asserted that people with that star sign are good with money, an endorsement he jokingly accepted.