According to research, he would need a messy three-party coalition to form a government 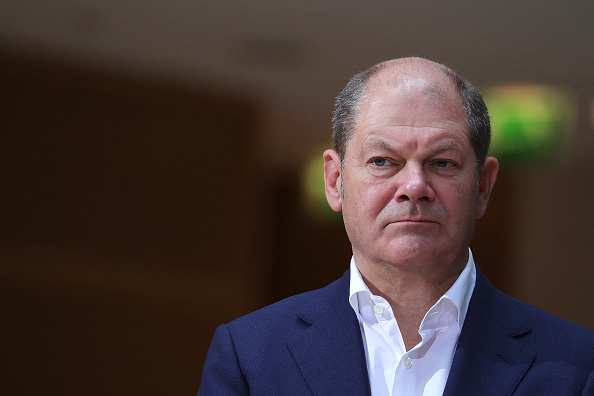 Social Democrat Olaf Scholz is the favourite to become Germany’s next chancellor, but he’ll need a messy three-party coalition to form a government, according to the polls.

The path to power for the SPD and its preferred partner the Green Party is complicated. It would probably involve either a more centrist alliance with the business-friendly Free Democrats, or a shift in the opposite direction in a tie-up with the anti-capitalist Left party.

Here’s a look at the implications those two potential alliances might have for Europe’s biggest economy once haggling over a coalition deal — which may take months — is concluded:

FDP leader Christian Lindner has indicated he will demand a high price for joining a coalition under Scholz — and that may include taking the job of finance minister.

In that scenario, the SPD and Greens would probably have to scale back plans for generous spending and expanded borrowing to help finance the transition to a more climate-friendly and technologically advanced economy.

The FDP wants to cut debt to 60% of economic output as soon as possible and restore constitutional borrowing restrictions lifted during the pandemic.

The Left party, by contrast, wants to scrap Germany’s “debt brake” and increase borrowing to fund investment in education and healthcare and in helping industry reduce pollution.

Bottom line: The FDP is fiscally conservative, the SPD, Greens and Left party are not

The SPD and Greens want to increase the burden on the wealthy, and the Left’s programme is also about making richer citizens and companies contribute more to funding public services and cheaper housing.

The FDP has starkly different objectives, and targets tax cuts for companies and high earners, as well as measures to help struggling firms cover liquidity needs.

Although it sees no broad leeway for tax cuts, the SPD pledges relief for people with low and middle incomes. The Greens reject tax cuts and propose an increase in the personal top rate to 48% from 42%, as well as levies on capital gains and wealth. Tech companies such as Google and Facebook would be subject to a digital tax.

Bottom line: With Scholz as chancellor, some tax hikes are very much in the cards

Scholz’s Social Democrats want to preserve competition in the banking sector and reform the regulatory framework so that government rescues will no longer be needed and taxpayers protected. The Greens’ focus would also be on strengthening regulation to prevent fraud and manipulation.

The FDP aims to promote a strong European banking market characterised by competition and a wide variety of business models, and would push for the government to offload its stake in Commerzbank.

The Left blames banks for many of Germany’s ills and wants to “free society and democracy from the stranglehold of the finance firms.”

Bottom Line: A major overhaul of Germany’s banking sector under a Chancellor Scholz is unlikely

The Greens — who are targeting carbon neutrality within two decades — won’t compromise much, if at all, on climate policy. According to their programme, only emission-free cars should be registered from 2030, by which time coal-fired power plants will be phased out.

The SPD seeks carbon neutrality for electricity production by 2040 ahead of a broader neutrality goal for 2045. Measures in place to reduce the country’s carbon footprint should go hand-in-hand with employment creation and support for communities facing job losses because of the energy shift.

The FDP’s strategy is based around promoting new technologies and a swift expansion of emissions trading, while the Left wants to protect ordinary citizens from having to shoulder the cost of cutting emissions via higher rents or rising electricity prices. Polluting companies should pay instead. They also want to introduce free public transport.

Bottom line: With the Greens in power, Germany will get serious about tackling climate change

Rejecting the austerity of the past, the SPD wants to move forward with a common EU investment policy financed by joint debt, while the Greens want the EU’s bailout fund to become a European Monetary Fund to provide unconditional credit.

While the FDP backs the idea of an “EMF,” it wants a full re-implementation of restrictions on member-state debt and deficits after the pandemic.

The Left pledges to divert the EU’s resources towards social programmes and tackling climate change and also rejects a return to stricter budget discipline.

Bottom Line: Germany enforcing budget discipline on its EU partners is probably a thing of the past

A coalition of SPD, Greens and Left introduced a cap on rents in the capital Berlin, but had to withdraw it after a successful court challenge.

They all want some form of rent control, and would aim to accelerate and expand construction of affordable housing.

The FDP, which was part of the Berlin court challenge, would push back strongly against any form of nationwide rent control, and instead look to focus on building more to combat the housing shortage.

Bottom line: Housing construction will get a major boost whatever coalition is in power

The Greens are also on board, while the Left wants an increase to €13. The FDP opposes raising the minimum wage, and instead wants to make low-paid work more flexible.

Merkel says Laschet would lead a government that stands for ‘stability, reliability, moderation and the middle ground’ and that is what Germany needs
World
2 weeks ago