Thierry Mariani, from Marine le Pen’s movement, could take control of the area around Marseille, and the French Riviera 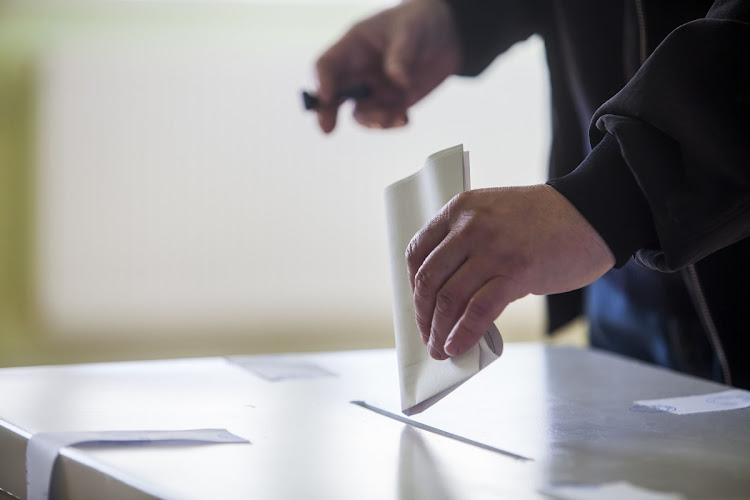 Thierry Mariani did not know what to expect as his campaign approached the street market in Antibes.

His far-right party boss, Marine le Pen, encountered an angry mob when she visited six years earlier. But something has changed in this corner of France, maybe across the whole country.

“The bogeyman threat doesn’t work any more,” Mariani said in an interview. Instead of shouts and scuffles, he posed for selfies with fans and chatted to shoppers browsing the cheeses, flowers and vegetables.

As France prepares to hold regional elections starting on Sunday, Mariani is leading the race to take control of the area around Marseille, France’s second-most populous city, and the French Riviera. If he wins, in the last nationwide vote before the presidential election next April, it would be the first time that Le Pen’s movement has taken control of a region and show that her new, more moderate message is resonating far beyond the party’s traditional areas of support.

That could help Le Pen gain “the credibility her movement lacks” as she prepares to fight President Emmanuel Macron for his job, says Gilles Ivaldi, a political scientist who studies radical right-wing movements. It could serve as a “stepping stone” to the Elysee, he adds.

Mariani, 62, served as a transport minister under right-wing president Nicolas Sarkozy and mayor of Valreas, a town in the region. He is a member of the European Parliament.

A decade ago, Mariani was running against Le Pen’s father, Jean-Marie, in the same election, as a candidate for the Republicans, France’s traditional conservative party. He jokes that he has since bonded with Marine over their shared passion for breeding cats. He informally joined her movement after she took over its leadership and is now one of her most popular lieutenants.

Mariani’s strong showing is partly down to the disarray of the traditional parties, which have struggled to find their feet ever since Macron exploded France’s old two-party system with his centrist win in 2017.

The Greens in Provence-Alpe-Cote-d’Azur tried and failed to strike an alliance with the left-wing populist France Unbowed party of Jean-Luc Melenchon.

The incumbent, Renaud Muselier of the Republicans, meanwhile, attempted to boost his chances by teaming up with Macron’s party. But that angered voters as well as the Republicans officials who fear such a pact will undermine their credibility as an alternative to Macron — they are also terrified the president is weakening their party by winning over the more liberal members while Le Pen absorbs the most right-wing elements.

That frustration, and how it benefits the National Rally, was apparent in the Antibes market.

As Alexandra Masson, a candidate on Mariani’s ticket, was handing out flyers, she was approached by a right-wing voter. The man said he felt “betrayed” by Muselier’s alliance with the president’s party, adding: “there’s no way I’m voting for Macron.”

All the same, Mariani’s win is not certain.

Muselier, is just eight points behind, with 36% of votes in the second round, a recent LCI survey showed.

And even that voter who felt betrayed by Macron was hesitant to support the far-right. Masson explained that she and Mariani left the Republicans because it failed to keep promises, especially on security and immigration. The three chatted and laughed, and found they had friends in common.

As the man walked off to continue his shopping, he seemed to have decided, at least in the moment, that voting for Le Pen’s camp was not so bad after all.

The National Rally could also win Bourgogne-Franche-Comte and Centre-Val de Loire. Provence-Alpe-Cote-d’Azur would be especially significant given its history.

Despite splashy coastal resorts and cities such as Cannes and Nice, which has attracted wealthy foreigners and artists like Pablo Picasso, the region of 5-million people ranks third for unemployment and poverty. Marseille, a gateway to the Mediterranean, was shaped by generations of migrants and the city saw riots against the far right in 2010.

Yet, like elsewhere in France, citizens of North African descent who sympathise with the left rarely vote.

A series of attacks by Islamist extremists, meanwhile, along with headlines focusing on homicides and drug trafficking have fuelled a sense of fear that is increasingly pushing voters to the right, and that has driving concerns in this election even if regional chiefs are not in charge of security. Some cities are even held by far-right mayors.

Mariani himself has a knack for relating to people, but his views are hard to pin down.

He once said he adores TV pundit Eric Zemmour, who has been convicted of hate speech and inciting racial violence. Yet he has come under fire from a far-right rival for helping to build a mosque during his tenure as mayor.

He has praised Syrian leader Bashar al-Assad for the cleanliness of Damascus, backed Russia’s annexation of Crimea and dismissed concerns about opponent Alexei Navalny’s treatment by Moscow, to which he has strong ties.

On topics such as the place of Muslims in French society, Mariani can sound conciliatory, though his remarks occasionally carry a sting in the tail.

“Anyone who wants to integrate is welcome,” Mariani said in Old Nice. “But not everyone can integrate.”

Just then, a woman wearing a Niqab passed by.

“Not this one, for instance,” he added, with a flick of his hand.

Approval ratings drop shows French have had enough of Macron

Far-right and Greens show their muscle