As birth rates fall in the US and China, Germany records a rise 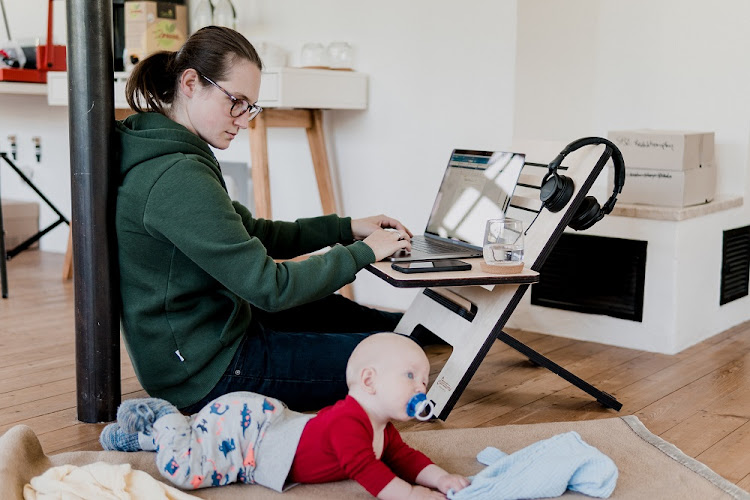 Berlin — China and the US are grappling with falling birth rates but Germany has bucked the trend with a rise in births nine months after its first pandemic lockdown, testimony to recent family-friendly policies and higher migration.

Europe’s largest economy used to have one of the lowest fertility rates in the region as conservative social norms and policies made it hard for women to reconcile families and work, crimping economic growth and compounding Germany’s labour shortage as baby boomers retire.

That started to change as Chancellor Angela Merkel expanded parental benefits and state investment in childcare from 2005. Her 2015 decision to let in more than 1-million mostly young refugees from Syria and elsewhere gave a further boost.

A 0.8% yearly rise in births between December 2020 and February — nine months and counting from Germany's first Covid-19 lockdown — showed many would-be parents were not put off by the pandemic that paralysed the economy.

“Germany used to be one of the laggards in Europe and now it is in the midfield of Europe,” said Martin Bujard, deputy director at the country’s Federal Institute for Population Research.

“It was mainly driven by family policies like childcare to help to reconcile work and family, particularly for highly educated women,” he said, adding that the influx of migrants and strong economic growth before the pandemic had also helped.

Germany’s fertility rate of 1.54 children per woman is still below the US figure of 1.64 and short of the so-called replacement rate of about 2.1 seen as necessary to sustain rich-country population levels.

However, it is well above the 1.3 rate recorded in China in 2020 — the level Germany was at in 2006 — and is now broadly in line with the EU average, according to Eurostat. Its data shows less wealthy countries including Italy and Spain have the EU’s lowest fertility rates.

Policies that have helped include the expansion of maternity and paternity benefits, investment in state-funded childcare and the extension of school opening hours into the afternoon. US President Joe Biden has promised similar expansions of childcare and early years education.

Whereas the US is almost alone among wealthy nations in not providing paid maternity leave at national level, the German state covers 14 months of paid parental leave, with two months reserved for fathers. The exact amount received depends on top-ups payable by employers.

In China, women are entitled to 98 days of maternity leave, including 15 days of prenatal leave. But many couples say high living costs and the difficulty of combining parenthood and careers have deterred them from starting families.

After China missed a target of boosting its population to about 1.42-billion by 2020 even after easing its one-child policy —imposed in the 1970s to halt a population explosion —policymakers may decide to offer parents more incentives.

While other European countries have seen their birth rates fall during the Covid-19 crisis — births in Italy plunged 21.6% in December — Germany’s positive trend looks set to continue.

In vitro fertilisation (IVF) treatment jumped 9.3% in 2020 overall, even though the first lockdown closed many clinics. While experts estimate that IVF babies account for only about 3%-4% of births nationally, that figure at least suggests many Germans have not been put off parenting.

The rise might be due to people having more time and money for fertility treatment after working from home and saving cash during lockdowns, the DIR organisation for IVF medicine said.

“The desire to have a child seems to be greater than the worry and concern about coronavirus for mother and child,” said DIR’s Jan-Steffen Kruessel.

Sales of products like pregnancy vitamins and baby cots have also jumped in recent months, according to surveys.

Germany’s promptness in assuring people they would be paid by the state if they could not work while businesses were shut also helped encourage would-be parents, as did the low number of deaths in the first wave of the pandemic.

“If it would have been difficult with our jobs due to the coronavirus, we might have decided differently,” said Julia Schiebelmann, who gave birth to her second son in March.

The birth rate has fluctuated with Germany’s turbulent history and is still not enough to avert the likelihood that its working-age population, whose pension contributions support the growing number of retirees, will shrink in coming years.

After the Nazis awarded women with big families a “mother’s cross”, policies explicitly designed to raise the birth rate were long taboo. Germany then saw its birth rate collapse after unification in 1990 as women in the formerly communist east put off pregnancy due to economic insecurity.

The arrival of more than 1-million refugees since 2015 has helped, but that effect has been diminishing as the birth rate among immigrant women declines, falling to 2.1 children in 2019 from 2.3 in 2016.

Parent-friendly policies are set to stay in place whoever wins September’s federal election. Though climate campaigners worry about the environmental impact of having children, the Greens, who top most polls, have pledged to invest in childcare and foster women’s economic equality.

South Korea is adapting to a shrinking population with new policies, government says
World
5 months ago
Next Article

Two cost-effective health measures to save mothers and newborns

Two cost-effective health measures to save mothers and newborns