Johnson sets out vision for recovery plan in Queen’s Speech 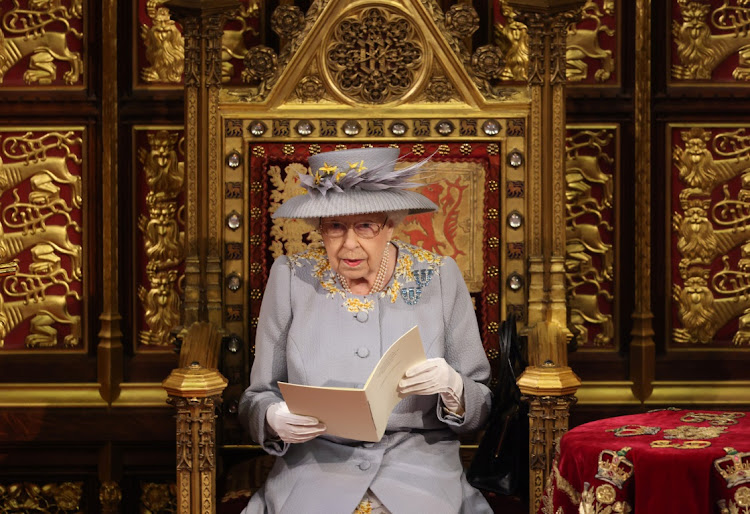 Queen Elizabeth delivers the Queen's Speech in the House of Lord's Chamber in London, England, May 11 2021. Picture: CHRIS JACKSON/GETTY IMAGES

London — Prime Minister Boris Johnson set out his blueprint for the UK’s revival after the coronavirus crisis, promising new laws to unleash “the nation’s full potential” and saying the country must not return to how things used to be done.

In the traditional speech to parliament by Queen Elizabeth, the government set out a legislative programme with measures to spread broadband internet and 5G mobile coverage, boost home ownership and reform healthcare.

The overarching theme is one of recovery from a pandemic that hit the UK with its biggest crisis since World War 2, with more than 127,000 deaths.

At the same time, Johnson aims to take advantage of the UK’s new freedom from EU rules to set its own state subsidy regime for businesses, reform government procurement and create at least eight freeports.

Writing the foreword to the speech, Johnson returned to the theme of helping economically disadvantaged regions of the UK. It’s a message that won him a big majority in 2019 elections and he cemented those gains in local votes last week.

“We have been given a historic opportunity to change things for the better, level up opportunities across the whole of the UK and address the problems that have constrained us far too often before,” Johnson wrote.

A successful vaccination programme, with two-thirds of adults having received at least one shot, has enabled Johnson to press ahead with lifting the pandemic lockdown in stages, allowing the economy gradually to reopen. Yet with so much financial support given to businesses and citizens, the government will also need to address the impact on public finances.

Opposition Labour leader Keir Starmer said Johnson’s plans lack ambition and fail to commit to legislation on important issues such as social-care reform. He also criticised a lack of measures to tackle unemployment and increase pay for workers.

The government’s plan is “packed with short-term gimmicks and distant promises”, Starmer said in the House of Commons. “It misses the urgency and the scale of the transformation that’s needed.”

These are the highlights from the package:

The party lost control of a number of local authorities and of the parliamentary seat of Hartlepool, a Labour bastion for many decades
World
1 month ago

The monarchy has been seen to intervene behind the scenes, in unwise moves
Opinion
1 month ago
Next Article