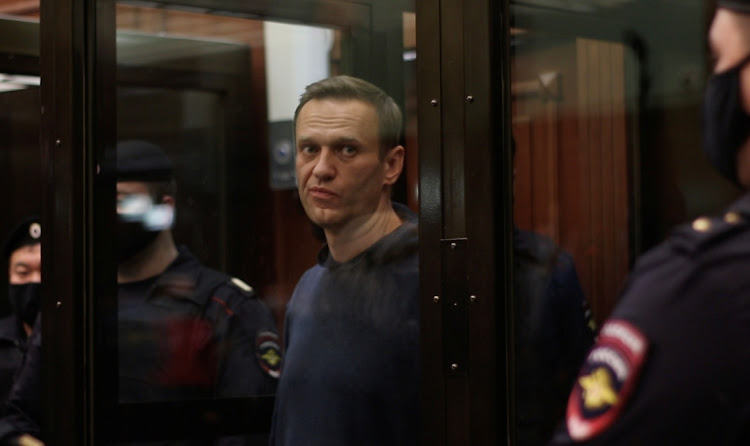 Moscow — Jailed Russian opposition leader Alexei Navalny’s condition has worsened sharply after a two-and-a-half-week-long hunger strike, prompting supporters to say he could die in days and announce a nationwide protest.

“Alexei is dying now. Given his condition, it’s a matter of days,” Navalny’s spokesperson Kira Yarmysh said on Facebook. Navalny’s supporters called for demonstrations across Russia on April 21 in a blog post.

Anastasia Vasilieva, who heads the Alliance of Doctors union that is backed by Navalny and who is also his doctor, posted a copy of his blood-test results showing what she said were “critical” levels of potassium.

“This signifies kidney failure, which can lead at any time to a severe disruption to his heartbeat” including the possibility of heart failure, she said on Twitter.

Navalny, 44, has been held since March 11 at the notorious IK-2 prison camp about 100km from Moscow. Putin’s most outspoken critic was imprisoned for breaking parole rules while he was recovering in Germany from a near-fatal chemical poisoning in Siberia that he and Western governments blamed on the Kremlin. Russian authorities deny involvement.

After complaining of acute back and leg pain, Navalny began a hunger strike on March 31 to demand specialist care from doctors outside the prison system. In a post on his Instagram account on Friday, Navalny’s allies reported that a prison official had warned him that a blood test indicated a “serious deterioration” in his health and that he would be force-fed if he didn’t end the protest.

The federal penitentiary service did not immediately respond to requests for comment on Sunday. Officials have said previously that Navalny has received all necessary medical attention.

Biden pressed Putin in a phone call on Tuesday about the poisoning of the opposition leader, which US intelligence has publicly blamed on Russia’s Federal Security Service. German Chancellor Angela Merkel and French President Emmanuel Macron also quizzed Putin about Navalny in a March 30 phone call.

Dozens of public figures including five Nobel literature prize winners urged Putin in an open letter on Friday to ensure  Navalny immediately receives medical treatment. So far Russia has brushed aside all Western criticism of the case and Kremlin officials refuse even to mention Navalny by name.

Even as his condition deteriorates, Russian prosecutors stepped up a crackdown on Friday by asking a Moscow court to declare Navalny’s Anti-Corruption Foundation and his Moscow campaign headquarters to be extremist organisations. The opposition group warned that the designation could subject all of its staff and volunteers to criminal prosecution and imprisonment.

More than 457,000 people have pledged anonymously to take part in new demonstrations calling for his release, according to a tally on Navalny’s website. Organisers abandoned their goal of collecting half a million signatures to schedule a new protest, saying they could no longer wait.

The rally comes on the same day as Putin’s annual state-of-the-nation address to the Federal Assembly.

“Alexei Navalny’s life and the fate of Russia depend on how many people turn out on the streets this Wednesday,” Navalny supporters wrote on his blog on Sunday. “We need three days to prepare for the rally so that everyone hears about it.”