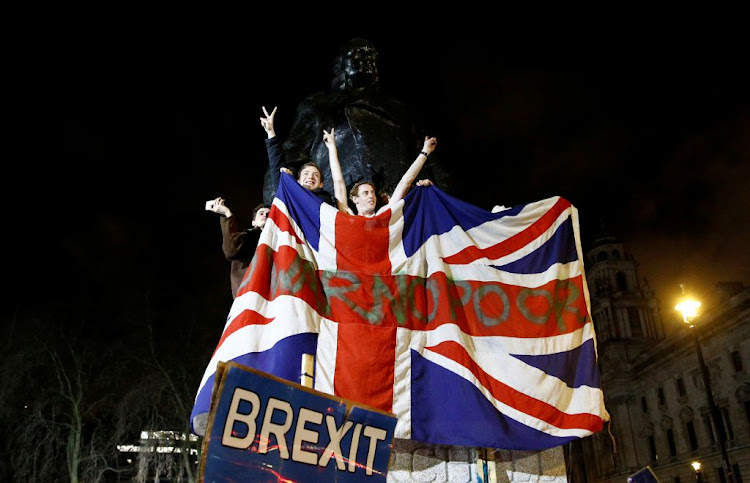 London — The UK’s parting of the ways from the EU means that an obscure seven-year-old watchdog is about to gain huge new powers over corporate mergers.

Itself the product of a merger of two failing regulators, the Competition and Markets Authority (CMA), tucked away in London’s Canary Wharf financial district, has largely contented itself with a focus on domestic deals and competition studies into ultra local markets such as estate agents.

But from January 1 — after the UK’s Brexit transition period ends — it will have the ability to derail multibillion-dollar global deals and its leadership is already expressing a strong desire to intervene. No longer beholden to big merger approvals made in Brussels, the UK is determined to move out of the shadow of the European Commission, where antitrust chief Margrethe Vestager calls the shots.

“The CMA is on its way to becoming one of the most interventionist competition agencies in the world,” said Paul Gilbert, an antitrust lawyer at Cleary Gottlieb in London.

While the regulator has effectively blocked 11 transactions so far this year, according to a Cleary Gottlieb report, that figure is likely to spiral upwards. The CMA is expecting its merger caseload to get far busier, with about 50% more transactions to review next year, amounting to about 40 more investigations. To keep pace, it has been handed about 30% more funds, according to the law firm. Headcount has climbed 55% since 2016, it said.

In an early sign of intent, the CMA insisted that it wanted to control oversight of Liberty Global and Telefonica’s British tie-up, a deal that would normally have ended up under the Brussels purview.

Brexit was a “compelling reason” to keep any antitrust review in Britain, the authority said of the £31.4bn combination. For dealmakers it means that complex transactions may get parallel scrutiny from European regulators, holding up clearances and raising the possibility of different watchdogs coming to different conclusions.

When it comes to reining in the likes of Google and Facebook the CMA has already said it will not wait. The regulator has pushed forward plans to set up a digital markets unit to clamp down on the dominance of the tech giants.

“We can’t sit around and wait for others to fix their own problems,” the CMA’s CEO Andrea Coscelli said last month. “Realistically we need to be prepared to go alone.”

Key to the new proposals is the idea that the unit will govern how companies should behave rather than fixing the problems after the event. The rethink comes after Coscelli and other officials in the CMA publicly voiced regret about how they had historically been soft on tech transactions, notably Facebook’s purchase of Instagram. Such deals should never have been approved, they said.

Still, no-one thinks the new unit will get off to an entirely smooth start, and competition lawyers were quick to warn about overreach.

“If this new merger regime is created, it will provide very wide scope for intervention” in deals “undertaken by only a few companies”, said James Aitken, an antitrust lawyer at Freshfields. “The case for such draconian intervention powers has not been clearly made and I expect much further debate.”

The grueling, relentless discussions to arrive at a very thin trade deal is simply a taste of what’s to come
Opinion
3 months ago

Ryanair and Wizz Air Holdings’ will withdraw the  rights from January 1, disenfranchising a majority of its shareholders
World
3 months ago