Interior minister says the attack, which comes amid rising Muslim anger against France, was co-ordinated 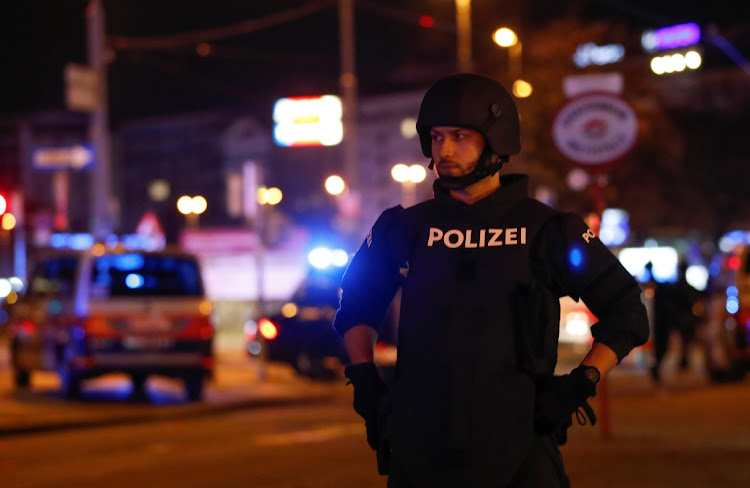 Vienna — Several people were wounded in central Vienna and some may have been killed in exchanges of gunfire late on Monday in what the interior minister said was believed to be a terrorist attack.

An area of central Vienna had been cordoned off and police said a large deployment was under way.

Interior minister Karl Nehammer told Austrian broadcaster ORF that the attack was believed to have been carried out by several people.

“At the moment I can confirm we believe this is an apparent terror attack,” he said. "We believe there are several perpetrators. Unfortunately there are also several injured, probably also dead.”

A police officer was shot and seriously injured and one person was arrested, news agency APA said, citing the interior ministry. One person believed to be one of the attackers had been killed, local media reported.

The Vienna attack comes amid  growing Muslim anger across the world over France's defence of the right to publish cartoons depicting the Prophet Mohammad. Three died in an attack at a church in Nice last week, France's second deadly knife attack in two weeks with a suspected Islamist motive.

Local media reported also that a synagogue had been attacked and shots had been fired in the area of a nearby square, Schwedenplatz. There were unconfirmed reports of co-ordinated attacks nearby.

Jewish community leader Oskar Deutsch said on Twitter that it was not clear whether the Vienna synagogue and adjoining offices had been the target of an attack, and said they were closed at the time.

Videos began to circulate on social media of a gunman running down a cobblestone street shooting and shouting. Reuters could not immediately verify the videos.

Vienna police urged people not to share videos and photos via social media. “This jeopardises police forces as well as the civilian population,” they said on Twitter.

In 1981, two people were killed and 18 people were injured during an attack by two Palestinians at the same synagogue. In 1985, a Palestinian extremist group attacked Vienna airport with hand grenades and attack rifles, killing three civilians.

In recent years Austria has been spared the sort of large-scale attacks seen in Paris, Berlin and London.

In August, authorities arrested a 31-year-old Syrian refugees suspected of trying to attack a Jewish community leader in the country's second city Graz. The leader was unhurt.

The French leader tells Arab broadcaster Al Jazeera he understands why people are offended, but it does not justify violence
World
11 months ago