The bank failed to timeously alert authorities about suspicious transactions on more than 600 occasions, the prosecutors said 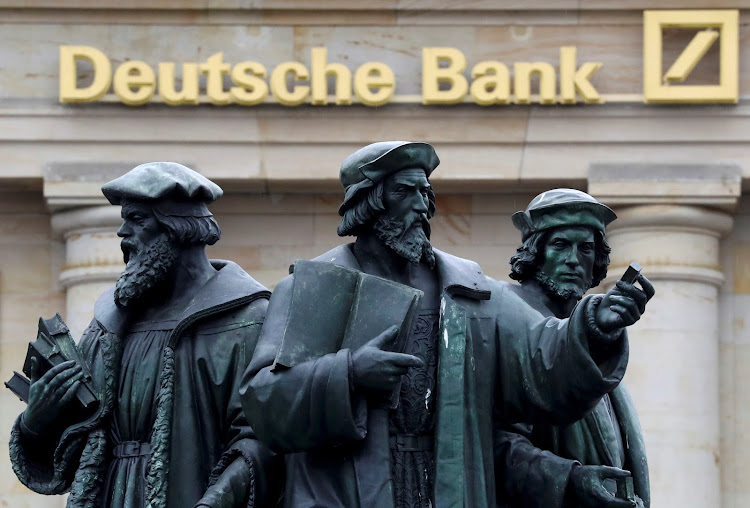 Berline — Deutsche Bank has been fined €13.5m ($16m) by Frankfurt prosecutors over money-laundering violations related to work with Danske Bank.

The bank failed to file timely alerts to authorities about suspicious transactions on more than 600 occasions, Frankfurt prosecutors said in a statement on Tuesday. A related criminal probe against bank employees was dropped because no criminal action was found, they said.

The case is linked to a scandal that saw more than $200bn in suspicious transfers made through Danske Bank’s Estonian unit. The vast majority of the money was also routed through Deutsche Bank, which, at the time, processed dollar payments for the Estonian business, people familiar with the matter said last year.

Deutsche Bank said that it had ended its role as Danske Bank Estonia’s correspondence bank in 2015. It also emphasised that prosecutors had dropped the criminal probe.

“With the closure of these proceedings it is clear that there was no evidence of criminal misconduct either on the part of Deutsche Bank or its employees,” Stefan Simon, a member of Deutsche Bank’s management board, said in the statement.

Danske Bank declined to comment, beyond referring to previous statements. CEO Chris Vogelzang has said the bank expects to conclude its internal investigation by the end of the year. The bank is also seeking a global agreement with authorities to resolve the case.

An internal investigation by Deutsche Bank found that about 90% of the transactions handled via Danske Bank were tied to clients from Russia, Azerbaijan and other former Soviet republics whose identities were allegedly hidden with the help of Danske Bank employees, Frankfurt prosecutors said.

About 25,500 transactions came out of the “Azerbaijan laundromat”, which was used from 2012 to 2014 to transfer money from Azerbaijan to Europe via Danske Bank and Deutsche Bank to Western countries. Part of that money was used to influence politicians in the EU, prosecutors said on Tuesday.

The embattled bank’s new scandal is over revelations that about 15,000 customers repaid too much in debt over several years
Companies
1 year ago

Changes to the government’s loan guarantee scheme do not seem to have helped increase uptake, figures from the Banking Association suggest
Economy
11 months ago

Deutsche Bank looking at major overhaul until 2022, not mergers