Has Boris Johnson overplayed his hand? We’re about to find out

Those who want to stop a no-deal Brexit plan pounce when parliament returns on Wednesday, but what happens next is anyone’s guess 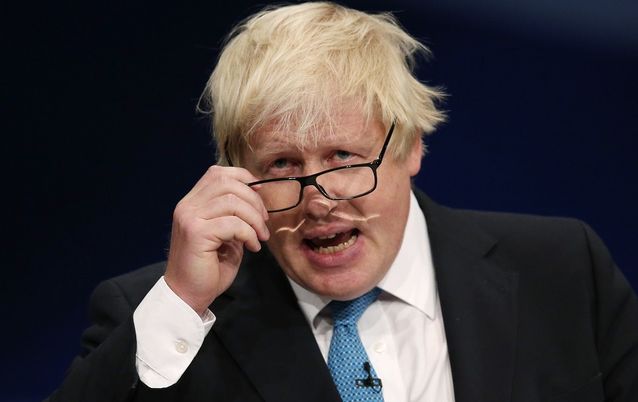 London — Boris Johnson’s summer is over. The week that could determine how long he remains prime minister — and how or whether Britain leaves the EU — is about to begin.

The rules of the UK’s unwritten constitution are being stretched to the limit, with new precedents being set and cries of foul play arising nearly every day. Johnson’s goal is to stay in power by uniting hard-line Brexit supporters while opponents remain divided.

It remains to be seen whether he’s overplayed his hand.

Throughout August, different factions among the members of parliament who want to stop Britain crashing out of the EU without a deal have proposed and rejected various plans to stop Johnson from pursuing such a course.

Now they seem to have agreed, with senior figures from Johnson’s Conservative Party and the opposition Labour Party saying they are ready to move decisively when parliament returns on September 3.

Last week, Johnson tried to sabotage opponents by asking Queen Elizabeth II to suspend parliament for a month from September 12 (she agreed). While that reduces the amount of time that MPs have to act — Britain is set to quit on October 31 — it’s made wavering politicians realise that they have one shot.

Johnson was due to meet potential Tory rebels on Monday, to persuade them that his plan is not to actually pursue a no-deal Brexit, but simply to bluff EU leaders into believing that one is possible. But the talks were called off.

This week could end with Johnson triumphant, the man with whom the EU is forced to negotiate if it wants to avoid no-deal.

Or it could end with yet another Conservative prime minister humiliated at the hands of his own party, this time with pro-European Tories the ones to take revenge. Or Britain could be on course for yet another election.

The choice that Johnson tried to frame in an interview with the Sunday Times was less about a deal than about opposition Labour leader Jeremy Corbyn.

Thousands of people on Saturday joined protests across the UK against the decision to suspend parliament. The demonstrators used the slogan “Stop the Coup” to protest the limiting of debate.

Several potential rebel Conservative MPs responded angrily over the weekend to reports that they might be expelled from their party if they vote against the government.

Former chancellor of the exchequer Philip Hammond pointed out that several members of Johnson’s cabinet, including Johnson himself, had voted against the government on European issues earlier this year.

The rebels have not set out their exact plan, and even if a bill is passed, it’s possible Johnson could try to get round it. Michael Gove, minister in charge of no-deal planning, repeatedly refused to say whether the government would obey such a law.

“Let’s see what the legislation says,” he told the BBC on Sunday.

Earlier in the summer, Labour proposed installing Corbyn as a caretaker leader with a mandate to call an election. That idea was rejected by Conservatives, and though a confidence vote remains a possibility, Gauke said he regarded Corbyn as too much of a risk to be prime minister.

But some in Labour fear Johnson may try to get Corbyn out of the way by giving him something he wants: a swift election.

Johnson would need the opposition party’s support to call one, but if he had it, he could offer a date before Britain is due to leave. The prime minister has in recent days unveiled billions of pounds of new spending on education, social care and transport, adding to speculation that he’s preparing for the polls.

Former Prime Minister Tony Blair will on Monday urge Corbyn to rule an election out. “It is counter-intuitive for opposition parties to refuse an election,” he’ll say in a speech in London. “But in this exceptional case, it is vital they do so as a matter of principle, until Brexit is resolved.”

Two weeks ago, Johnson visited Berlin and Paris to make his case to his counterparts. The EU’s chief negotiator, Michel Barnier, told the Sunday Telegraph newspaper that he’s “not optimistic” about avoiding no deal.

When Gove was asked Sunday if there would be food shortages or if food prices would go up, in such a scenario, his response was: “People will have the food they need.”

Why Boris Johnson has called a Queen’s Speech

Winners and losers as Brexit looms and pound plunges

Why Boris Johnson has called a Queen’s Speech

Winners and losers as Brexit looms and pound plunges